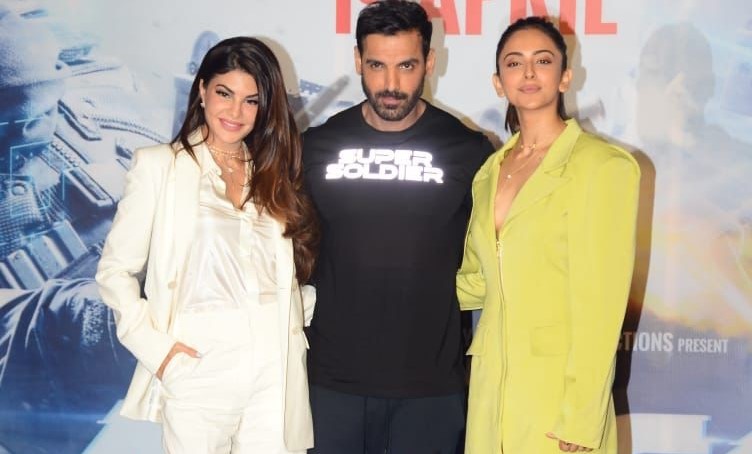 New Delhi, March 25 (IANS) In his action film ‘Attack’ which is scheduled to hit the screens on April 1, actor John Abraham will be seen essaying role of a “super soldier”.

John has explained what a super soldier exactly is during a candid chat with IANS.

He says: “In the art of modern warfare today, the rules of engagement have changed. We want to make sure there is as much less collateral damage in the world as possible which is why we wanted to do an action film with a difference because we have done many action films … Action can be different, we can be different… When I say we, I mean the Entertainment production house.”

The storyline of the film revolves around John’s character, an army veteran, who while battling his inner demons, volunteers to become part of a governmental experiment to become a cybertronic humanoid super-soldier developed to combat terrorism.

He added: “We wanted to make something very unique. The action has to have a unique selling proposition and we thought of a concept of a super soldier… I was inspired and we have given credit to that person in the film — a civilian called Nathan in the US who is paraplegic and got a chip in his brain.”

John shared: “It is all a reality and is just around corner. When I started making this film, it sounded very far fetched… We wanted to make a film that is different and that is why a concept of a super soldier where there is no collateral damage to an Indian soldier.”