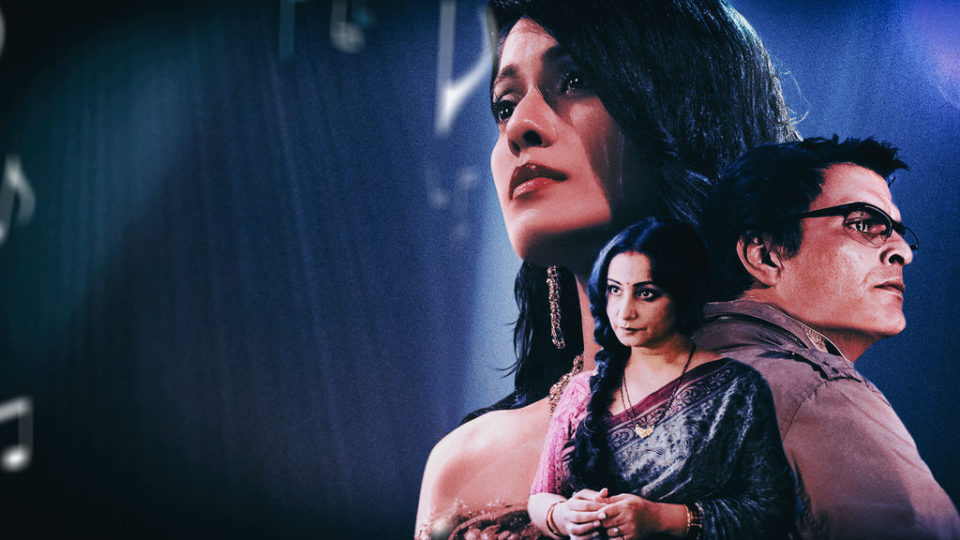 Not all that looks somber, subdued and layered at the top is what it seems. Sometimes you peel the layers, and what do you get? A yawning nothingness.

Watching this vacuous film, I felt terribly betrayed by the sheer pretentiousness and amateurishness of material that, outwardly, seems promising. A music teacher’s lost in the bewildering beauty of scenic, serene, still and stunning Shimla, pines to get back the life that he once dreamt of, but never achieved.

This could have been that film about big dreamers from the mountainous anonymity which we have all been waiting for. Specially since the accomplished Manav Kaul plays the musician Beni Madhav Singh. Sadly, Manav is saddled with a role of a man on a constant losing streak who does nothing to stop his freefall except complain, scowl, lash out at everyone, from his best friend to his mother, and sing R.D Burman songs in solitude.

Having Manav’s character crooning Burman’s “Rimjhim gire sawan” and “Phir wohi raat hai” definitely makes us worry about his lack of ambition. Next door neighbour Geeta(Divya Dutta) is impressed, though. Impressed enough to invite Beni home and seduce him in the absence of her husband who we are told, has deserted her.

Okay even if the husband has bolted, she can at least bolt the door before making out with her neighbour.

Divya and Manav’s intimacy doesn’t grow. It pounces on us out of nowhere. It scares the hell out of her old father who dies soon after. Luckily, I survived to see the rest of this terribly trite and dithering drama about the diffident music teacher’s growing attraction for his nubile prized student Jyotsna (Amrita Bagchi) who shows scant regard for any musical knowledge and spends most of the time teasing her teacher into an exasperated state of dormant seduction.

But of course they must part, as she becomes an overnight sensation after singing a semi-classical song watched by glazed denizens who stare at her like a star was about to be born.

One feels no sense of empathy for Manav’s character who is not just ambition-less and spineless but also clueless. Manav and Divya try hard to infuse some gravitas into their hazy parts. Some of the other performances are clearly amateurish and theatrical. Even Neena Gupta who has lately reclaimed her mojo, is reduced to playing a hammy mother who spends all her screen time wondering when her musician son would get married.

But really, who cares?

Neena at one point says, “If once you sing out of tune, it doesn’t mean you give up singing”.

I wonder if the same applies to a film that gets so horribly derailed.