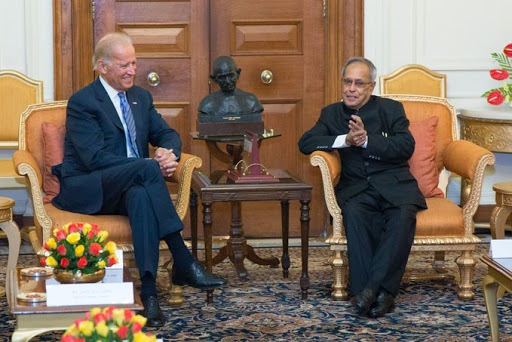 Taking to Twitter on Tuesday, the former US Vice President said: “President Shri Pranab Mukherjee was a devout public servant who believed deeply in the importance of our two nations tackling global challenges together.

“Jill and I are saddened to hear of his passing — our prayers go out to his loved ones and the Indian people.”

Biden also attached a photo of him and Mukherjee along with his post.

Mukherjee, one of the India’s most respected politicians, died at the age of 84 on Monday evening.

The former President, who tested positive for the novel coronavirus, had been in coma after a brain surgery earlier this month.

He was conferred the Bharat Ratna, the highest civilian award, in 2019, and the Padma Vibhushan in 2008.