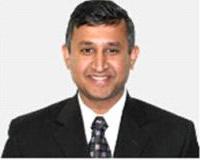 Washington, Oct 31 (IANS) If you have been one of those approached by some ‘known’ person for investing in something with an assurance of ‘easy money’, you may benefit reading about this Ponzi schemer, jailed in the US for robbing his own people.

Vincent Singh, a Ponzi schemer has been sentenced to 15 years and eight months in federal jail for preying on the members of his own ethnic Indian Fijian community in the Sacramento region, .

In sentencing Singh, US District Judge Morrison C. England Jr. said his crimes were “the worst of their kind that I’ve seen in 12 years as a federal judge”, sacbee.com reported Friday.

According to court papers, over a period of three years, Singh cheated 190 people of Indian Fijian descent who are members of a small, tight-knit community in and around Sacramento, out of $22 million. Then he filed for bankruptcy protection.

Assistant US Attorney Matthew Segal, a top white-collar prosecutor in the US Attorney’s office, found it hard to describe to Judge England the devastation left in the wake of Singh’s merciless quest to get every dime his victims possessed.

“He knew the situation of his victims,” Segal said. “He had been in their homes. They served him meals. He knew what the effect was going to be. He didn’t just take their money, he took their lives.”

The crimes were considered affinity fraud, which refers to investment scams that prey upon members of identifiable groups, such as religious or ethnic communities, the elderly or professional groups.