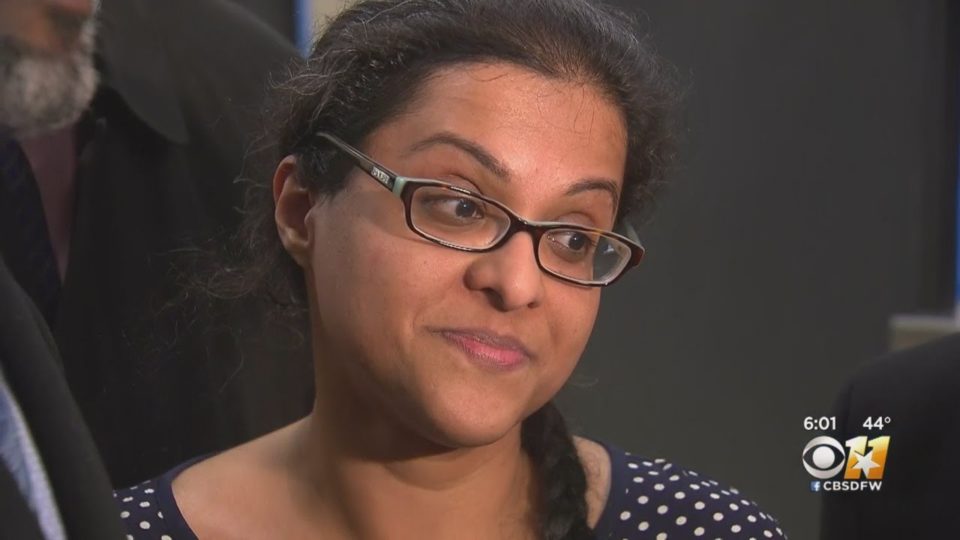 Atlanta, GA, March 3, 2019: The Richardson police in a statement on Friday said they were “disappointed” with Sini Mathews’ case dismissal but would continue working with the district attorney’s office “to ensure justice is done”.

Mathews, the adoptive mother of three-year-old Indian girl Sherin Mathews who was found dead in a ditch in Texas in 2017, was released from jail yesterday after the child endangerment charges filed against her were dismissed due to insufficient evidence.

The Dallas County District Attorney’s office said in a news release on Friday that prosecutors could not make a case against Sini Mathews – but left open the possibility of refilling the charge, reported WFAA, an ABC-affiliated television station.

“After extensive investigation it has been determined that the state cannot prove this matter beyond a reasonable doubt at this time,” read a motion filed by prosecutors and signed by state District Judge Amber Givens-Davis.

Sini Mathews was released from jail on Friday afternoon while her husband, Wesley Mathews, still faces a capital murder charge in the child’s death. He has been indicted on charges of capital murder, injury to a child and tampering with evidence.

The Richardson Police Department released a statement on the case yesterday.

“The Richardson Police Department, with the assistance of the Dallas County District Attorney’s Office, conducted a thorough investigation of the Sherin Mathews case and developed sufficient probable cause to obtain an arrest warrant for Sini Mathews,” the statement said. “The case was presented to and accepted by the District Attorney’s office. A Grand Jury subsequently heard the case and returned an indictment against Sini Mathews. Sini Mathews has been incarcerated for over a year, during which time several bond reduction hearings were held, none of which were successful.”

“While we are disappointed with this turn of events, we will continue to work with the Dallas County District Attorney’s Office to ensure justice is done,” the statement added.

Wesley Mathews then admitted to the police that the child choked while he was making her drink milk and died in their home. He also said that the family had gone out to dinner and left Sherin behind, a day before she died.

The man was later indicted for capital murder by a grand jury and for tampering with evidence. His wife Sini Mathews was charged with endangering a child.

Dr Suzanne Dakil, a paediatrician and child abuse expert, had testified before a court earlier that the three-year-old had a series of broken bones and injuries and that the the pattern of injuries led her to believe that Sherin Mathews was abused on separate occasions.

The Richardson police in a statement on Friday said they were “disappointed” with Sini Mathews’ case dismissal but would continue working with the district attorney’s office “to ensure justice is done”.

Talking to reporters after her release from the Dallas County Jail, Sini Mathews said she felt “blessed” to be released and that her time in jail was “challenging”. She said she “absolutely” loved Sherin.

Wesley Mathews remains jailed in lieu of $1 million bail. His trial is scheduled for May.