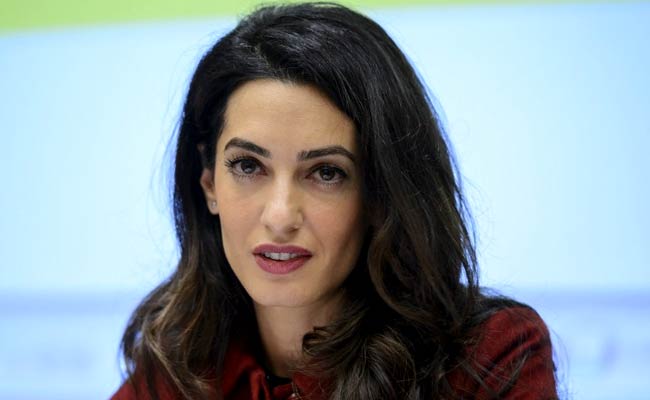 New Delhi, March 15 (IANS) British human rights lawyer Amal Clooney, who is married to Hollywood icon George Clooney, says she is looking forward to her trip to India and is eager to initiate a dialogue on human rights and freedom of expression in the country.

Amal, who specializes in international law and human rights, is coming to India to be a part of India Today Conclave 2016 here later this week. She will present the closing argument on the right to dissent and free speech in repressive regimes.

“I am thrilled to be returning to India, and to be participating in the Conclave with such a distinguished group of professionals. I look forward to a fruitful and timely discussion on human rights and freedom of expression in India today,” Amal said in a statement.

The discussion comes at a time when India is seeing a debate on intolerance and freedom of speech and expression.

Bollywood star Sanjay Dutt, who walked a free man 23 years after his legal problems began over his possessing an assault rifle, will also open up on the ‘hard road to freedom’ at the two-day conclave, which begins on Thursday here. Amal will be a part of the second day.

The conclave will also feature a number of famous sportspersons, including Abhinav Bindra, MC Mary Kom and Gopichand Pullela, while from the cinema world, famed poet-lyricist Javed Akhtar and his wife, renowned actor Shabana Azmi, as well as comedian-writer Varun Grover will delve into various issues.