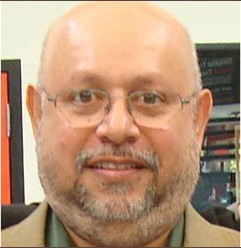 The victim’s name has not been released, but police say she was a pharmacist. Some media reports suggest both are from Kerala, and the victim is a mother.

According to Houston police, Vallikappil, shot and killed the victim Wednesday afternoon as she was in her workstation behind the pharmacy counter. Authorities are still investigating the motive but say the suspect had recently expressed romantic interest in the victim. Both were pronounced dead at the scene.

“We are 2 families suffering here. We’re confused. We want answers. We don’t have any answers,” said, Tom Vallikappil, the shooter’s son to Eyewitness News.

Hospital officials say they have no record of complaints against either the suspect or the victim. However they are conducting an internal review to see if there were any warnings.