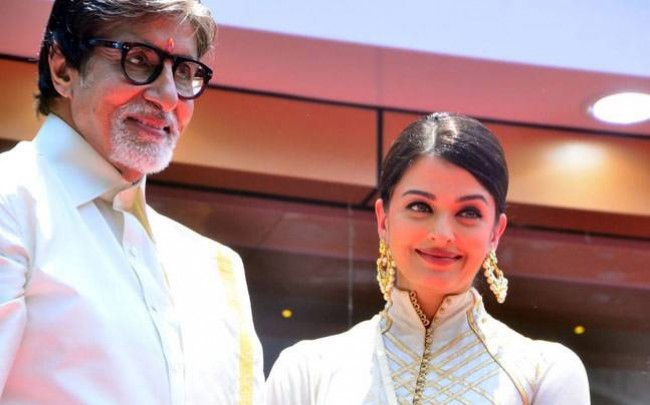 Washington/New Delhi, April 4 (IANS) A new investigation by the International Consortium of Investigative Journalists (ICIJ) and more than 100 other news organisations around the globe reveals the offshore links of some of the planet’s most prominent people, including over 500 from India.

“In terms of size, the Panama Papers is likely the biggest leak of inside information in history – more than 11.5 million documents – and it is equally likely to be one of the most explosive in the nature of its revelations,” the consortium said of its investigation published on Sunday.

In India, The Indian Express ran several pages of the investigation reports alleging among other names that Bollywood superstarts Amitabh Bachchan and Aishwarya Rai were directors in companies in Panama. The two did not immediately respond despite efforts to contact them. Rai’s media adviser told the newspaper that the information was false.

While there was no reaction from those named in The Indian Express report, the spokesperson for Aishwarya Rai said “no” when IANS asked her if she intended to issue a statement.

In 2004, India legally allowed investments abroad by companies, and later individuals, through the Liberalised Remittance Scheme.

Also named were Sameer Gehlaut of India Bulls, for properties owned by Bahamas, Jersey and the United Kingdom, and K.P. Singh of DLF about companies registered in British Virgin Islands. Vinod Adani, elder brother of Industrialist Gautam Adani, and politican Shishir Bajoria from West Bengal and Anurag Kejriwal of Loksatta Party were also alleged to have set up companies in tax havens. Bajoria told the paper that that “erroneous beneficial owner information” was given by mistake.

The Express said it had carried out the investigations spread over eight month with several global newspapers. Many of the other persons named in the Express reports responded, some denying while others maintaining that they had worked within the laws of the country.

According to the ICIJ, “the leak exposes the offshore holdings of 12 current and former world leaders (including Pakistan Prime Minister Nawaz Sharif’s family members) and reveals how associates of Russian President Vladimir Putin secretly shuffled as much as $2 billion through banks and shadow companies.”

In Russia, the state-run media organisations were silent on the subject. In Pakistan, however, Sharif’s son Hussain told the country’s largest private broadcaster Geo that his family had not done anything wrong.

“Those apartments are ours and those offshore companies are also ours,” he said in his. “There is nothing wrong with it and I have never concealed them, nor do I need to do that,” he said, adding all this was in according to British laws.

Hussain also said he had left Pakistan in 1992, and being a non-resident for more than 138 days he was not liable to declare his assets, as per the country’s laws.

They also provide details of the hidden financial dealings of 128 other politicians and public officials around the world and show how a global industry of law firms and big banks sells financial secrecy to fraudsters and drug traffickers as well as billionaires, celebrities and sports stars.

“The Panama Papers expose offshore companies controlled by the prime ministers of Iceland and Pakistan, the king of Saudi Arabia and the children of the president of Azerbaijan. They also include the names of at least 33 people and companies blacklisted by the U.S. government because of evidence that they’ve done business with Mexican drug lords, terrorist organisations like Hezbollah or rogue nations, including North Korea and Iran.”

The leaked data, the ICIJ said, pertains to over nearly 40 years from the late 1970s through the end of 2015. It allows a never-before-seen view inside the offshore world – providing a day-to-day, decade-by-decade look at how dark money flows through the global financial system, breeding crime and stripping national treasuries of tax revenues.

The leaked records – which were reviewed by a team of more than 370 journalists from nearly 80 countries – come from a little-known but powerful law firm based in Panama, Mossack Fonseca, that has branches in London, Beijing, Miami, Zurich and more than 35 other places around the globe.

The firm is one of the world’s top creators of shell companies, corporate structures that can be used to hide ownership of assets. The law firm’s leaked internal files contain information on 214,000 offshore companies connected to people in 200 countries and territories.

The data includes emails, financial spreadsheets, passports and corporate records revealing the secret owners of bank accounts and companies in 21 offshore jurisdictions, from Nevada to Hong Kong to the British Virgin Islands.

It is the largest cross-border media collaboration ever undertaken. Journalists working in more than 25 languages dug into Mossack Fonseca’s inner affairs and traced the secret dealings of the law firm’s customers around the world. They shared information and hunted down leads generated by the leaked files using corporate filings, property records, financial disclosures, court documents and interviews with money laudering experts and law-enforcement officials.

Most of the services the offshore industry provides can be used for legal purpose and are by law-abiding customers.

But the documents show that banks, law firms and other offshore players often fail to follow legal requirements to make sure clients are not involved in criminal enterprises, tax dodging or political corruption.

The files show that these fixers and middlemen protect themselves and their clients by concealing suspect transactions. In some instances, they work to head off official investigations by backdating and destroying documents.

The Panama Papers make it clear that major banks are big drivers behind the creation of hard-to-trace companies in the British Virgin Islands, Panama and other offshore havens. The files list more than 15,600 paper companies that banks set up for clients who wanted to keep their finances under wraps, including hundreds created by international giants UBS and HSBC.

The disclosures from the law firm’s leaked files dramatically expand on previous leaks of offshore records that ICIJ and its reporting partners have revealed in the past four years.