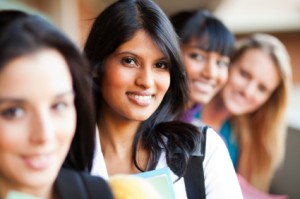 Washington, May 8 (IANS) With 113,813 Indians studying in America, India is second only to China with 290,133 students among more than a million international students enrolled in nearly 9,000 US schools, according to a new report.

As of April 1, 75 percent of all international students in US schools using an F (academic) or M (vocational) visa were from Asia, said the US Student and Exchange Visitor Program (SEVP) report.

Of them, 29 percent were from China followed by 11 percent from India, said the quarterly report compiled by US Immigration and Customs Enforcement.

Saudi Arabia and India had the greatest percentage increase of students studying in the US at 10 and eight percent, respectively, when compared to January statistics.

India and Canada also sent 25 percent of all students in health professionals and related programmes.

A school must be SEVP-certified before it can enroll international students.