The main objective of IFA’s Women’s Fest is to celebrate and recognize the year-round contributions and accomplishments of women in the community, to recognize the prominent women leaders in Atlanta and also afford women an opportunity to meet and greet, to forge new friendships and network with each other.

For the attendees, the festival, without any entrance fees, had plenty to entertain and engage, including music, dances, fun games, seminars, speeches, awards, complimentary lunch; raffle and a riveting Fashion Show.

The esteemed guests, in their brief remarks thanked and congratulated Indian Friends of Atlanta organizers for inviting them to the impressive festival. Karen Handel exhorted women to empower themselves and to go out and vote. 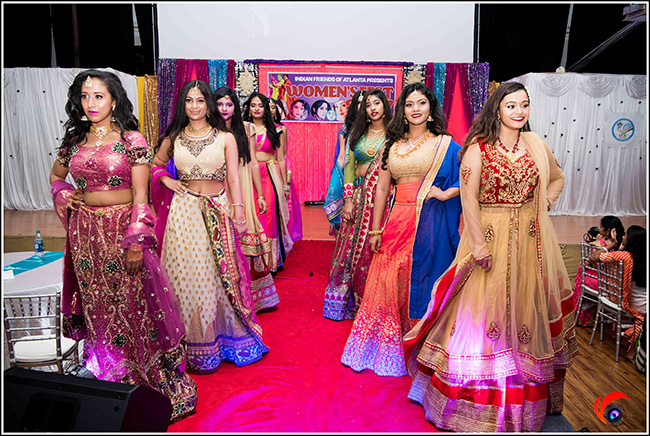 The seminars elicited valuable suggestions on various topics including Role of women in politics, registering to vote, safety & security tips for women, opportunities in IT, opportunities other than IT, etc.

IFA recognized and felicitated Veena Rao, editor of NRI Pulse Newspaper, Kamlesh Chugh, winner of the Mrs India International pageant inBangkok, Dr. Veena Rao, professor and co-director of the Cancer Biology Program in the Dept. of OB/Gyn at Morehouse College and Anjali Chhabria of TV Asia for their outstanding services to the community. 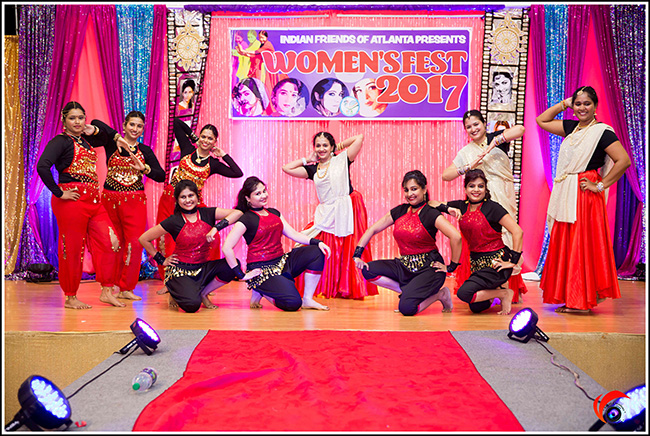 IFA has launched a new wing called IFA Sakhi- a help line for women. Its main objective is to help women, not only in times of crisis, but also to advice on choosing a career path, legal guidance, counseling on immigration matters, etc.

Bollywood chart-busters added to the festive spirit. Priya Sahetia entertained the audience with innovative games. Gifts for the winners of the games were provided by Big Bangle Theory, Blossom Spa & Ruby Parlor. 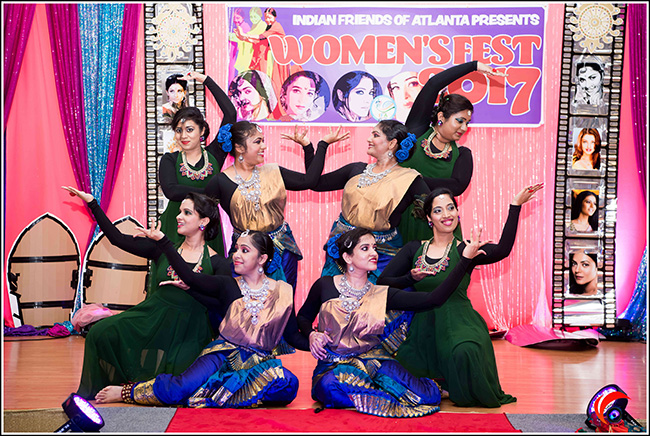 The theme of the event was “Evergreen Bollywood“, the evolution of Bollywood fashion world and its impact on our social culture.  It was designed by Lakshmi Thesam and executed by Priya Ratnam & Hetal Mehta, make up supported by Kratika Jain and Monalisa Khandke.  The beautiful ladies adorned with traditional and contemporary ethnic clothing and latest fashion accessories, walked on stage with poise, grace and style as the attendees clapped, cheered and clicked their cameras. The youngsters in teens fashion show presented by IFA youth volunteers with the support of IFA team & Archana Reddy was one of the highlights of the event.  Hamsa Creations helped with costumes.

The venue was beautifully decorated by Kathy and her team.Atlanta’s well-known Vakiti Creations provided photography, videography and efficient sound system. Praveen Puram of TV5 and Mana TV and Anjali of TV Asia covered the event.

The IFA team expressed special thanks to bubbly emcees Srivani Kanchibhotla and Ayshwarya Sridharan. It further thanked Bright Smiles & IGJC and all the other sponsors, participants, the fashion show team and the Skyland Business team. 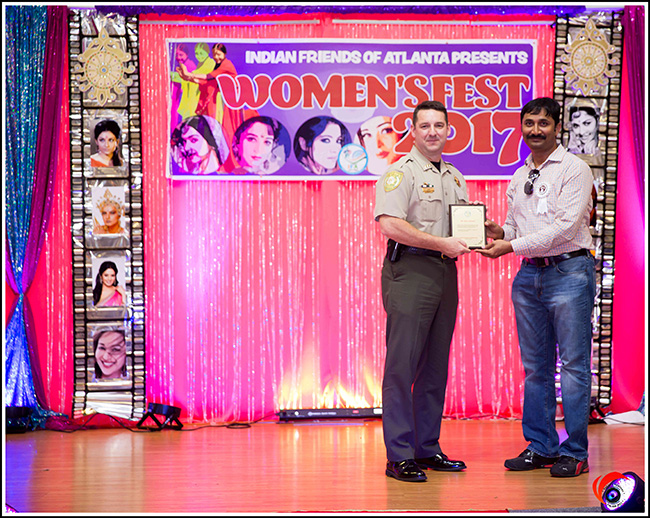 “A big thank you to all the enthusiastic attendees who made it to the event despite the very hot weather and made the festival a memorable one,” said one of the organizers.