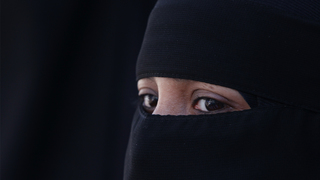 Atlanta, GA, November 2016: Asian Americans Advancing Justice –Atlanta, through a press release issued here, strongly condemned and opposed House Bill 3 (HB 3) and “the criminalization of Muslim women”. Filed by Rep. Jason Spencer, R-Woodbine, HB 3 would make it a crime for Muslim women to wear a veil while on public property, including while driving on public roads.

“The bill would twist Georgia’s anti-masking statute – created to prevent cowardly Ku Klux Klan terrorists from evading law enforcement – to target Muslim women.  The bill has no other purpose but to target and marginalize the Muslim American community in Georgia,” said the release.

”This bill is a dangerous attack on religious freedom, one of the core founding principles of our country. It is not only a blatant attack on Islam, it is also an attack on Asian American communities in Georgia. More than 10% of Asian Americans adhere to the Islamic faith. We at Advancing Justice – Atlanta will not stand for this bigotry.”