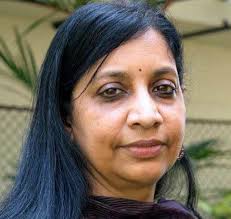 New Delhi, May 16 (IANS) A large chunk of US firms ride on the back of the services provided by Indian companies, Information Technology Secretary Aruna Sundararajan said on Tuesday adding that only 17 per cent of the total 85,000 visas issued every year by the US go to Indian companies.

“The Indian government is already in very close co-ordination with the US authorities, and the value proposition and the partnership India has with the US… this is well known. So, we hope that any changes or any review will be built on that foundation.”

Sundararajan said that with new technologies emerging, people are moving from one vertical to another.

“Some of the companies which have been named have clarified that there is nothing different this year from earlier years. As part of their annual appraisals, they may not be renewing the contracts with some people. But it would be absolutely incorrect to assume that suddenly this year a large number of jobs are being shed,” she told reporters here.

The IT secretary further added: “It is true that new technologies are emerging. Digital payments, cyber security, big data, Cloud — all these are growing. Start-ups are growing. So, some people may move on from one sector or one vertical to another.”

“But overall I won’t categorically mention here that any report is interpreting this change as a large scale loss of jobs in the IT sector, that would be factually misleading and incorrect.”