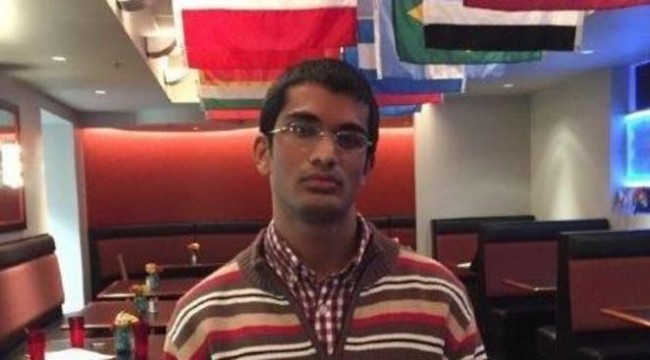 Washington, May 17 (IANS) A 26-year-old Indian-American man has gone missing in the US city Boston and police have urged people to come forward to help with information about him.

Ram Jayakumar, a resident of Lexington, Massachusetts, parked his car on Deerfield Street in Boston last week and has not been seen since then, said police officials.

Jayakumar’s parents contacted the police to report that their son was missing, India New England News reported on Tuesday.

According to police, Jayakumar is of Indian descent, has black hair, is 5’6″ tall and weighs 120 pounds (54 kg). He graduated from Brown University in Providence, Richmond.

The news report did not mention where in India his parents hail from.

“Ram wears glasses and was last seen with a blue backpack. He left home in Lexington on May 11 at 7.15 p.m. in his car and informed his parents that he would be back in an hour but did not return,” the police statement said.

“Need your help urgently. Please share this in your communities. Please be on the look out and let the Lexington police know if you have any leads,” Jagannathan wrote on the social networking site.

Jayakumar’s vehicle was located on Friday morning parked on Bay State Road near Silber Way in Boston, according to the report.