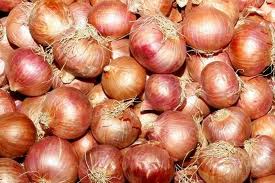 Lucknow, Nov 1 (IANS) The driver and cleaner of a truck transporting onions were murdered on a highway in Uttar Pradesh after a gang looted the consignment, police said Friday.

They admitted to looting the truck, which was coming from Tamil Nadu, on the night of Oct 7-8 near Satarhia and killing its driver and cleaner.

The criminals had followed the truck coming from Tamil Nadu in two Indigo cars. They intercepted it and told the driver that they were from the Mandi Samiti and wanted to check the consignment.

A special task force of the Uttar Pradesh Police nabbed two of the gang members soon after the incident. Three more were arrested Thursday night.

The gang members confessed to carrying out a similar murder of another truck driver in Vardha in Azamgarh two months back, Guptan said. The cleaner of that truck escaped.

That truck was, however, carrying tomatoes, which quickly rotted and had to be dumped instead of being sold.

It was then that the gang decided to hit trucks carrying non-perishable items such as onion, police said.

Police say there have been eight such incidents on the Allahabad-Manganwa road (from Rewa) and Allahabad-Varanasi road in the past two months.

“While we initially though these are routine robberies with the victims killed for fear of being identified later, the interrogation of the first lot revealed bizzare aspects of the crime,” Guptan told IANS.

Officials blamed it all on the steep hike in onion prices.

An alert has been sounded for onion robbers still on the run.

Not long ago, an egg vendor was shot dead in Etah district as he had not sprinkled onions in an omelette served to some youth.