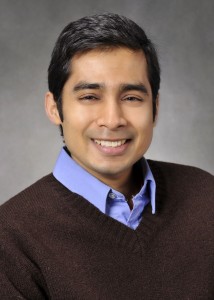 As a Senior Fellow for South Asia, Goel will write on US foreign policy in South Asia, regional dynamics, and their implications for US national security, the think tank announced.

“Anish is a respected expert on South Asia and has made important contributions to scholarship on the region,” said Peter Bergen, Director of New America’s National Security Program. “We are delighted to have him with us.”

Goel currently serves as the Director of Geopolitical Affairs for Boeing Commercial Airplanes, where he leads geopolitical analysis, identifying emerging threats and opportunities, and their potential impact to Boeing’s commercial aviation business.

Goel brings over nine years experience in the US government working on South Asia foreign policy.

Most recently, he served for three years in the White House’s National Security Council as Senior Director for South Asia, making him the senior-most advisor on South Asia to President Obama.

Prior to joining the White House, Goel served in the State Department as the chief science and technology officer for South Asia, leading departmental efforts on the landmark US-India civil nuclear deal.

Goel serves on the boards or advisory committees of several organizations, has been a guest lecturer on international relations at the University of Washington, has appeared as an expert panelist for South Asia, and has written for Foreign Affairs.