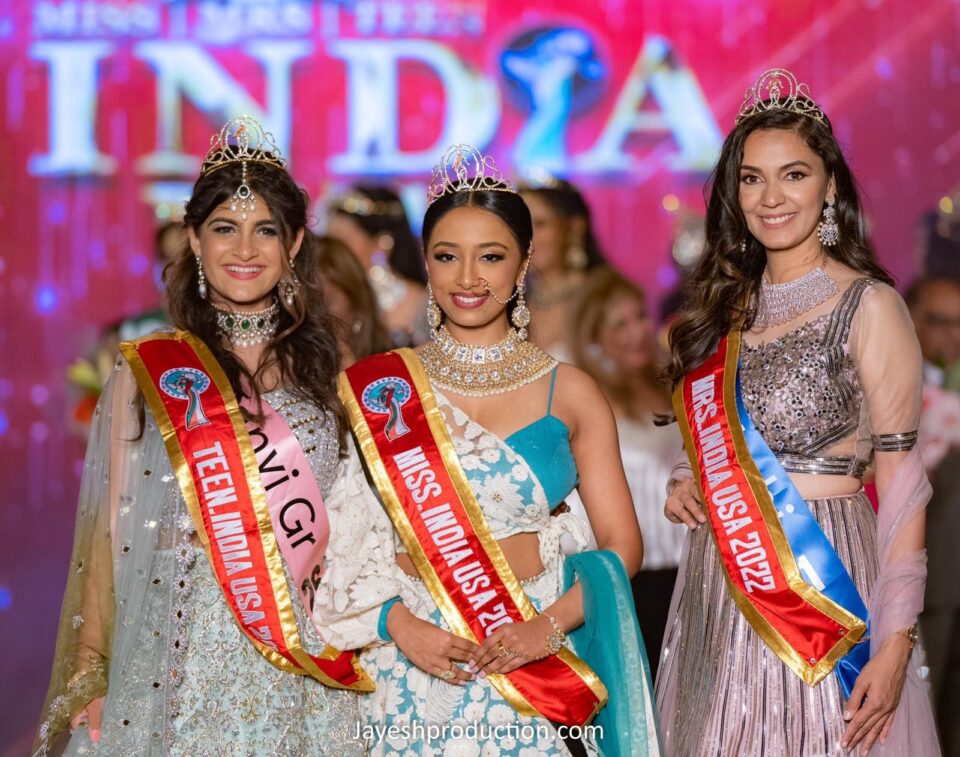 “It has been my childhood dream to see myself on the silver screen and work in films and TV,” said Aarya who is an aspiring actress. Her hobbies include exploring new places, cooking and debating. Saumya Sharma, a second year premedical student at the University of Virginia, was declared the first runner-up and Sanjana Chekuri of New Jersey was the seconf runner-up.

This year marks the 40th anniversary of the pageant, which is the longest-running Indian pageant outside of India.

Pageant started with an opening dance number for all contestants choreographed by Shilpa Jhurani and followed by Ethnic costume and talent performances by top five and question/answer.

Winners of all three categories gets complimentary tickets to Mumbai to take part in worldwide pageants, also organized by the same organization, early next year.

Started by New York based eminent Indian Americans Dharmatma and Neelam Saran, under the banner of Worldwide Pageants, this year marks the 40th anniversary of the pageant. Miss India USA is the longest running running Indian pageant outside of India. This year pageant was presented by Morgan Stanley, and supported by  TV Asia and Royal Albert’s palace. It was a full house show with over 500 people in attendance.

“We are very proud of the fact that we have been able to imbibe Indian values, traditions, cultures and performing arts among Indian origin youth across the world” with our motto “bringing India closer”, said Dharmatma Saran

Esha Kode – The First Ever Miss Teen India Worldwide and Navya Paingol – the reigning Miss Teen India USA were emcees for the pageant. Nishi Bahl was the choreographer  assisted by Shilpa Jhurani and Anushree Shah. Tabulation was done by Nilesh Choksi CPA.