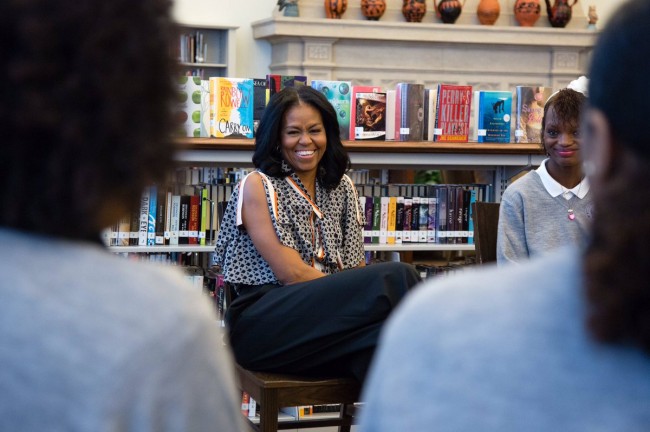 Washington, March 9 (IANS) Former US President Barack Obama shared a letter by an Indian-American woman on the occasion of International Womens Day, urging others to read about her “inspiring” story.

“When Michelle and I came back from vacation, we found this note from a woman named Sindhu waiting for us. I’m proud of Michelle for the difference she made in this young woman’s life, and I’m inspired by Sindhu’s story, so I thought I’d share it with you today,” Obama wrote in a blog post.

In her letter, Sindhu, a 38-year-old Indian-American woman, thanked Michelle Obama for inspiring her years ago, reported American Bazaar Online.

“One day in Fall 1966, an idealistic 17-year old Indian girl was inspired while sitting in a chapel. She didn’t remember the name of the woman who spoke. But she will never forget the fire that was lit to make something of her life, and to use that life to serve others,” the letter read.

Sindhu wrote that after that speech, she signed up to be a volunteer at a hospital and signed up for an after-school programme teaching creative writing and literature for underserved children in the community.

“I later found out that the inspirational powerhouse of a woman who spoke was Michelle Obama,” she wrote.

“Thank you to both of you for your profound levels of activism within our community, leading up to a historic event that I did not think I would witness in my lifetime. Thank you for how you treated children, both your own and all of Americans, with kindness, humour, and spontaneity,” she wrote, thanking the former first couple.

“The ways in which you have impacted the world have left me expecting so much more from our world. And I know that this is not an expectation I can have without being part of that change,” Sindhu added.

The letter ends with the Indian-American woman telling the Obamas that “she’s in” for changing the world for better once they come back from their vacation.

US calls for transparent process for NGOs in India