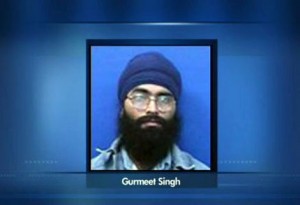 New York, May 13 (IANS) A Sikh taxi driver in New York has been sentenced to 20 years in prison for kidnapping and raping a 29-year-old female passenger three years ago, a media report said.

Gurmeet Singh, 42, was sentenced to two decades behind bars after the brave victim, who took the stand against him, described feeling triumphant but still traumatised, the New York Daily News reported Monday.

The victim, in a letter to the State Supreme Court in Brooklyn in New York, said: “You may have bound, gagged and blindfolded me, but I’m the one who’s speaking now. You will be serving time.”

The victim, 29, a non-profit employee, testified in court proceedings that she hailed a yellow cab in Williamsburg after a Cinco de Mayo (Spanish for “fifth of May”), a Mexican-American holiday party in May 2011, dozed off and came to when the defendant was on top of her.

“(She) woke up to her worst nightmare,” the prosecutor Linda Weinman was quoted as saying in her closing argument.

The victim suffered cuts and a busted lip and her cell phone and $20 were missing.

The victim described how flash-backs of the May 2011 assault forced her to leave the city a year later and how she still struggled daily with the emotional toll of the disturbing ordeal, the report said.

The victim now lives in the West Coast after the incident.

A Brooklyn jury had last week acquitted Gurmeet Singh of Queens of robbery and assault as well as the top count of predatory sexual assault.

“I was terrified I won’t make it out alive,” the report cited the victim as saying in her impact statement Monday.

“After three years, it’s finally over and I can start healing,” she stated.

In the earlier proceeding, some members of the panel tended to buy Singh’s account that the back-seat sex was consensual.

Gurmeet Singh was earlier implicated but never charged in a similar attack in Harlem, the report said.