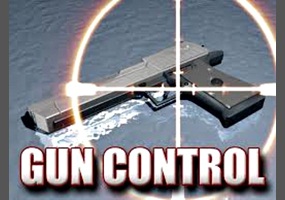 Washington, March 3 (IANS) The number of US citizens who want more gun control is growing, an NPR/Ipsos poll issued on Friday said.

Three-quarters of Americans said gun laws should be stricter than they are today, up from 68 per cent in a October 2017 survey following the Las Vegas shooting, Xinhua cited the latest poll as saying.

However, there was a clear-cut partisan gulf since 68 per cent of Republicans favoured US President Donald Trump’s proposal of training teachers to carry guns in schools, compared to just 18 per cent of Democrats.

Overall, 59 per cent of the polled said they opposed to Trump’s idea, which was previously proposed by the National Rifle Association (NRA).

In a televised White House meeting with lawmakers on Wednesday, Trump suggested he was open to expanding background checks and possibly raising the age to purchase an AR-15, questioning Republicans’ relationship with the NRA.

“They have great power over you people. They have less power over me,” Trump told Republican lawmakers at the meeting, “Some of you people are petrified of the NRA. You can’t be petrified.”

“We see in this study, a majority of Republicans saying that they are supportive of a variety of different gun-control measures, many of which Trump mentioned explicitly in his [White House] briefing,” Chris Jackson at Ipsos was quoted as saying

“President Trump is actually closer to where the Republican base is on the issue of guns than a lot of Republican elected officials,” Jackson said.

So far the Republican-controlled Senate has no plans to vote on gun legislation in the near future, though 78 per cent of Americans said Congress needs to do more to curb gun violence according to the NPR/Ipsos poll.

Roughly two-thirds, or 63 per cent, said guns will be an important factor in their vote in November Midterm elections, the poll showed.

“This data indicates there’s actually an increasing energy on the side of gun control,” Jackson said, “Given that guns have become very partisan, that may have really significant results in the midterms.”