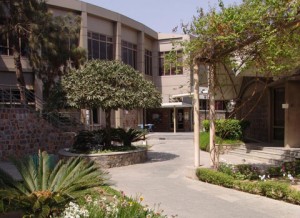 The staff is hoping that with a new Indian government in place, matters would mend soon.

The school, one of the most elitist and expensive in the capital, is in the throes of a crisis after 40 teachers quit since March this year and more than a dozen were forced to return to the US to renew their visas, knowledgeable sources said.

“Over 40 teachers have left since March this year,” a source told IANS, not wishing to be named being not authorised to speak on these sensitive issues.

“While we do have teachers leaving regularly as their stay in India ends, this is unprecedented. We’ve never faced such a situation before,” said the source.

“We are all hoping that with the Modi government coming in, things will now get better and the crisis in the school will be over,” the source added.

The Obama administration is sending Nisha Desai Biswal, its point person for South and Central Asia, to India next week to hold talks with the new government on bilateral and regional issues. The upcoming Biswal visit has also led to hopes that the AES crisis would soon be a thing of the past.

The teachers were forced to leave as a result of India tightening the screws on visa and tax laws in a tit-for-tat measure in a fallout of the India-US diplomatic spat over the arrest and strip-search in New York of diplomat Devyani Khobragade on charges of visa fraud and underpaying her nanny last year.

Before the diplomatic row, spouses of many American diplomatic officials – as well as Indian diplomats – would join the AES faculty as teachers.

They would not mention in their visa that they were working at the school, thereby avoiding paying tax.

The spouses of many US teachers hired by the AES would also end up as teachers without mentioning it in their visas.

This wink-and-nod agreement that had been going on for decades came apart in the wake of the Khobragade affair when India insisted on being given the full details of the US employees at the school and the taxes filed.

Besides the 40 teachers who have left, around 15 teachers were forced to return to the US to renew their visas.

“Earlier, the visas would get renewed here. But since March, 15 teachers have had to go back to the US to get their visas stamped,” the source added.

The school, which has a sprawling 13-acre campus adjacent to the US Embassy, has 1,450 students mainly from the diplomatic community as well as the children of corporate leaders. It has a swimming pool, tennis courts and soccer pitches besides vast athletic fields.

“Things are definitely not like they were before. It has been very traumatic for the school,” another source added.

“The school has a wonderful engaging atmosphere. Now there is a feeling of underlying stress,” the source added.

Its staff strength is 180 presently. The school hires Americans to teach.

“They are internationally hired teachers, which means they are foreign nationals (not Indian),” added a source.

There are two-three Indian teachers who have been around for many years and teach specialized subjects.

The top administration staff is American while the support staff is Indian.

While the US staff get paid handsomely, the Indian staff, including the clerks, the drivers and others are paid “what they would get in any other good Indian firm”.

“The salaries that Indians get at the school is not high. But what makes a difference is the working atmosphere. It is really a good place to work in. The weekend offs and the month-long vacation the staff are entitled to are also attractive,” another source added.

Besides the school, the American community club has also been badly affected.

The embassy was told in January to shut all commercial activities being undertaken from inside the premises.

Several commercial activities are undertaken under the aegis of the American Community Support Association (ACSA). These include a restaurant/bar, video club, bowling alley, swimming pool, sports facility and field, beauty parlour and gym.

“The club has been badly hit. All the American Embassy School teachers would use the club. Now they are not allowed to do so,” said a source.

Non-American diplomats are also barred from using the premises and the supply of cheap liquor is now a thing of the past, say diplomatic sources.