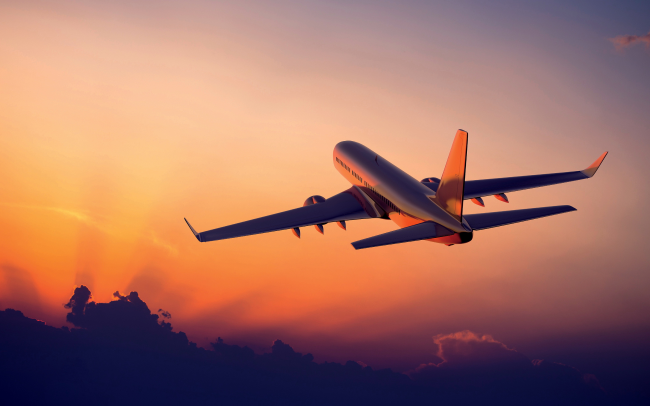 A non-stop flight from ATL to India either directly or via Middle East is a long cherished interest and pressing need of the Indian American community in Atlanta and surrounding areas.  Atlanta is the only big city in the US with a population of over five million (metro area) that has neither a direct flight nor a flight via the Middle East toIndia.  As a result, people who travel to India from ATL and the neighboring states have to transit through Chicago,Dallas,Houston,Miami,New York,Philadelphia, or Washington to catch a direct nonstop flight to India.

The compelling need to transit through another airport to catch a direct flight to India is a tedious and time consuming process, especially for those with infants and toddlers. To eliminate much of the hardships for travel to India faced by people living in the South-Eastern Region, it is vital to have  a direct flight by any of the Middle East carriers to its hub with onward connections to India.  The daily flights from its hub to cities in India would provide connections for transit passengers to their destinations within 3 hours.

The Kerala Chapter Georgia of Indian National Overseas Congress (INOC) is affiliated to the Congress Party of India. INOC represents the Indian- Americans in the USA and promotes political, social, cultural, educational, and business activities among members and takes up matters of their concern. Representing the Indian American community, INOC took up the all-embracing issue of a nonstop direct flight from ATL as an important project over a year ago.

Realizing the difficulty and complexity involved for a direct non-stop flight from ATL via Middle East, connecting onward to India and elsewhere, we are pursuing a step by step multi-pronged approach to achieve the objective. There are two elements to be tackled for this issue. First is to get the approval/support from ATL authorities taking into consideration the indomitable Delta factor that monopolizes ATL and resists any possible competition. Second is cajoling an airline capable to start a direct flight from ATL either independently or partnering with other carriers. It has to be convinced that the new flight addition would be profitable by luring adequate passengers and freight.

The following list gives a summary of the work already done by us on this uphill venture targeting the above-mentioned two elements.

1. Discussion of the direct flight issue in an invited meeting of INOC Kerala Chapter Georgia to celebrate its first anniversary and Kerala Piravi Day on 10/10/2013 with Ajit Kumar, Consul General as chief guest. A memorandum addressed to the Mayor of Atlanta for consideration of a nonstop flight was circulated at the meeting for comments. Some members of GAMA outside the INOC Georgia Committee, and representatives of IACA and Gandhi Foundation were present at this meeting.

The Meeting Report in Malayalam was published with pictures in Joychen Puthukulam’s Freelance Journal and other Malayalam newspapers.

Subsequent to this Meeting and discussed further at the INOC Committee meetings, following correspondences were initiated by INOC Georgia President (Dr. M.V. George) for direct flight from ATL.

2. Sent a detailed letter to Mayor Kasim Reed on 11/25/2013 that made a strong case for a direct flight from ATL based on several factors and pitching for Qatar Airways as a preferred option.  It was copied to the Governor, CG, and five other relevant persons soliciting their support.

3.  Received a reply to Mayor’s letter from Miguel Southwell, General Manager, ATL addressed to INOC Georgia President, dated 2/21/2014. Contrary to our original presumption, his reply was very encouraging on the direct flight issue from ATL stating that “India is considered a focus county for the Airport under the new management” and indicated that “he was evaluating opportunities with several airlines for a direct route connecting to India”.

4. A follow-up to Southwell’s reply, a letter sent to him on 8/7/2014 indicating that INOC Georgia would be contacting all the major Gulf airlines with a copy of his valuable reply.

5. A letter to CG Ajit Kumar dated 4/4/2014 reminding his support expressed at the above-mentioned INOC Georgia meeting for a direct flight and requesting his consideration to take up the matter with Qatar Airways through his counterpart in Doha.

6. A letter to Akbar Al Baker, CEO Qatar Airways dated 9/29/2014 with a copy of the reply received from Mr. Southwell, requesting his consideration for a direct flight from ATL to Doha.

7. A letter to Dr. Jaishankar, former Indian Ambassador dated 11/19/2014 seeking his influence and support to exert the ATL management and any of the three Middle East Airlines for introducing a direct flight from ATL to India via its hub.

8. At a meeting with N.K. Premamachandran MP in Atlanta, the direct flight issue initiated by INOC Georgia was discussed.  As suggested by him, a letter was sent to him dated 1/6/2015 seeking his help for getting the flight. This was followed-up by a telephone talk with him. He has promised his support and needed action on the matter.

9. A reminder to Akbar Al Baker of Qatar Airways dated 4/1/2015 for a reply to an earlier letter sent last year.

11.  A letter to Edward Bastia, President of Delta Airways Inc. dated 4/1/ 2015 requesting  to have partnership  or agreement with Emirates Airways so as to enable Delta passengers from ATL to Dubai to connect with Emirates flights to India and elsewhere as continuation of Delta flights.  The letter also requests consideration for a direct route addition from ATL to Doha orAbu Dhabi, connecting onward to India and else.

These summarize the first- stage dispatches and actions by INOC Georgia and are harbingers of more to come to achieve our objective for a direct flight from ATL to India and surrounding places.

It should be noted that establishing a direct route addition from ATL is more difficult compared with other US cities with direct flights mainly because of the powerful Delta factor. As Howard Maxwell (Dallas Representative) said in connection with Delta’s opposition on Paulding airport, “They don’t want any form of competition”. This approach of Delta may hinder the possibility for a direct flight addition from ATL to major Gulf hubs with facilities for onward connection to India and elsewhere.  We have, however, requested Delta for their support and help in establishing a direct flight from ATL (see No.11). We hope to get a favorable response from them. In the worst case scenario, we have to be prepared to follow, in our limited way, the Paulding second airport case example.

Also, given there is no “quick fix solution”, we need to build up the needed interests, influence and pressure following a multipronged approach with patience and perseverance to achieve our objective.

Finally, since the flight issue being a community need/demand, a united effort joining hands together under one organization is considered more effective. Duplication of efforts by individuals or other Indian community organizations in Atlanta- unaware of the significant work   by INOC Georgia – can be counterproductive. That is why in the public meeting stated above, we appealed for ideas and support from other organizations for this community venture. A collaborative effort will go a long way in strengthening the continuing work by us leading to a successful conclusion.

*The writer is the president of Indian National Overseas Congress, Kerala Chapter Georgia.