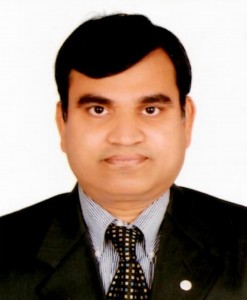 Washington, March 22 (IANS) It looks like a replay of the Devyani Khobragade affair that strained India-US relations, but it isn’t. A former domestic worker has slapped a civil suit against Bangladesh’s consul general in New York and his wife accusing them of keeping him in slave-like conditions.

But unlike Khobragade, India’s then deputy consul general in New York, the Bangladeshi diplomat has neither been arrested nor strip searched.

In papers filed in Manhattan Federal Court Friday, Mashud Parves Rana said Consul General Monirul Islam and his wife, Fahima Tahsina Prova, forced him to work from 6.30 a.m. to 11 p.m., seven days a week for 18 months – and never paid him a dime, according to New York Daily News.

Rana alleged that he was lured to the US with the promise of a “good” $3,000 a month job but was kept “in forced labour in slavery-like conditions” in the couple’s sprawling $8,000-a-month apartment.

Among his tasks, the suit as cited by the Daily News says, was cooking the family’s food from scratch, washing their clothes by hand, supervising their 11-year-old son and cleaning the apartment daily.

The Daily News said its calls and emails to the Bangladesh consulate were not immediately returned.

Rana, the Daily News said, is being represented by Dana Sussman, who is also representing Sangeeta Richard, Khobragade’s former housekeeper who has accused the Indian diplomat of underpaying her.

Dashing hopes of a closure of the Khobragade affair, Indian American prosecutor Preet Bharara has secured a second indictment of the Indian diplomat two days after a New York judge dismissed the visa fraud case against her.

The civil case against the Bangladeshi diplomat is similar to two other previous cases involving the Indian consulate in New York.

In June 2011, Santosh Bharadwaj, a former housekeeper had sued India’s then consul general in New York Prabhu Dayal accusing him of intimidating her into a year of forced labour. A year later, he reportedly settled the case on undisclosed terms.

She has appealed against the verdict but has not returned to the US.

Congratulations to our Baby of the Week, Dhanush Khandade