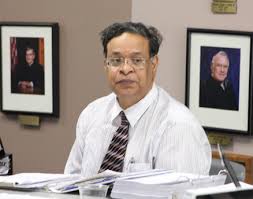 Washington, April 23 (IANS) An Indian-American doctor in New Mexico has been arrested following his indictment by a federal grand jury alleging unlawfully dispensing of prescription drugs resulting in the deaths of two patients, and health care fraud.

Pawan Kumar Jain, 61, who has been charged with 61 counts of unlawfully dispensing controlled substances and 50 counts of health care fraud, could face a sentence of life in prison if convicted, according to local Las Cruces Sun-News.

Jain, who had been a licensed physician with a neurology subspecialty, operated a pain management clinic in Las Cruces, New Mexico,until his medical license was suspended in June 2012 and subsequently revoked in December 2012 by the New Mexico Medical Board.

Each of the 61 dispensing charges alleges he unlawfully dispensed prescription painkillers, primarily oxycodone and methadone, to patients outside the usual course of medical practice and without a legitimate medical purpose, the newspaper said.

Counts 1 and 2 allege that Jain’s unlawful dispensing of prescription painkillers and fraudulent conduct resulted in the death of a patient.

Counts 3 and 4 allege that Jain’s unlawful dispensing of oxycodone and fraudulent conduct resulted in the death of a second patient.

The maximum statutory penalty for a conviction on each of the 61 dispensing charges is 20 years in prison and a $1 million fine.

Because the criminal conduct charge allegedly resulted in the deaths of two patients, Jain could be subject to enhanced sentencing on the first four counts.

The 50 health care fraud charges allege Jain engaged in a scheme to defraud Medicare and Medicaid by submitting claims for payment for prescription medications he dispensed to patients outside the usual course of medical practice and without legitimate medical purpose.

The maximum statutory penalty for a conviction on each of the health care fraud charges is 10 years in prison and a $250,000 fine.

The state’s Prescription Monitoring Programme reported in 2012 that Jain had prescribed more than 3 million doses of medication to about 3,800 patients in one year, more than any other doctor in the state, according to Sun-News.