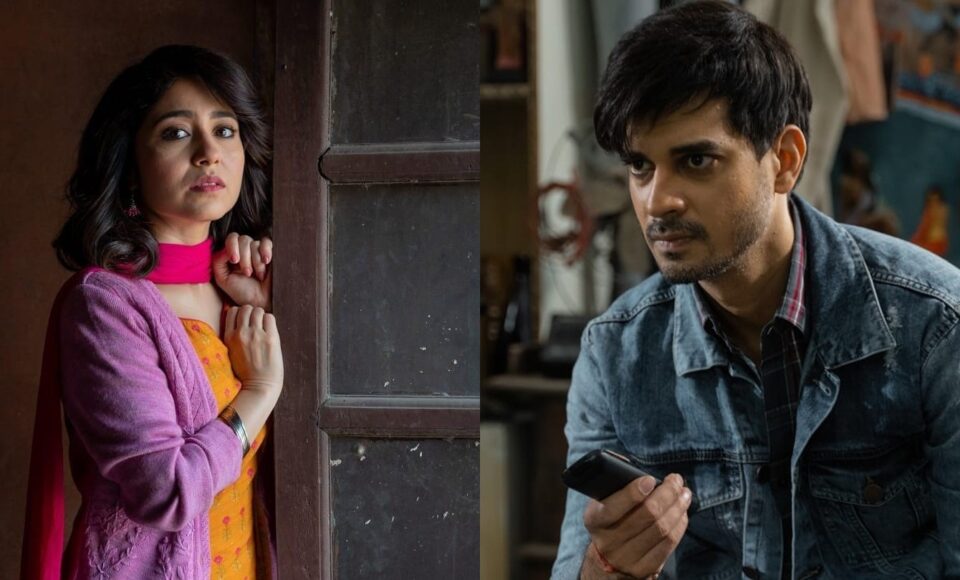 Designed as a pulpy thriller this eight-episode series is an engaging, psychological romance drama set in the backdrop of crime and power.

Based in the fictional town of Onkara, ‘Yeh Kaali Kaali Ankhein’ follows a recently graduated engineering student Vikrant who is the cynosure of Purva’s eyes since her school days. Purva is the daughter of the local, all-powerful politician Akheraj Awasthi who would go to any length to keep his daughter happy.

Years later, circumstances make their paths meet when Vikrant after finishing his studies, is forced by his father to seek Akheraj’s blessings and maybe a “job”. Vikrant’s father works as an accountant for Akheraj and is indebted to him on various grounds.

Vikrant unenthusiastically lands up at Akheraj’s premise and by happenstance meets Purva, who ensures that her father offers him a job as the manager of her Zumba classes with a plump salary. Instead of getting elated, Vikrant is not happy because he can’t fathom how he’d put his engineering education to use in a dead-end job.

Also, unbeknownst to his family, he is in love with his college mate Shikha Agarwal and dreams of settling with her in Bhilai, where he hopes to get a job.

So, he reluctantly accepts to work and later even marries Purva with the intention of revenge. How he attempts to break free from Purva and her family, forms the crux of the narrative.

The characters are all well-etched, and the lines they mouth are refreshing at times may even be soapy that drives too many aspects of the dramatic narrative.

Tahir Raj Bhasin as Vikrant is impressive. You feel and root for him as he takes you through Vikrant’s emotional journey as a simpleton to a determined lover wanting to marry the person he loves. Similarly striking are Vikrant’s friend Golden, and Bijendra Kala, who essays his father. For a change, Kala brings his character to life with his charged histrionics. The rest of the cast backed by familiarity are sincere but passable.

On the writing front, the plot of the series is straightforward, with the screenplay often teasing at some outlandish possibilities. The pace of the telling keeps you hanging to the ledge. It is only the final episode with its abrupt ending that leaves you a bit disappointed, for it does not fulfill the promise it assured us in the first episode.