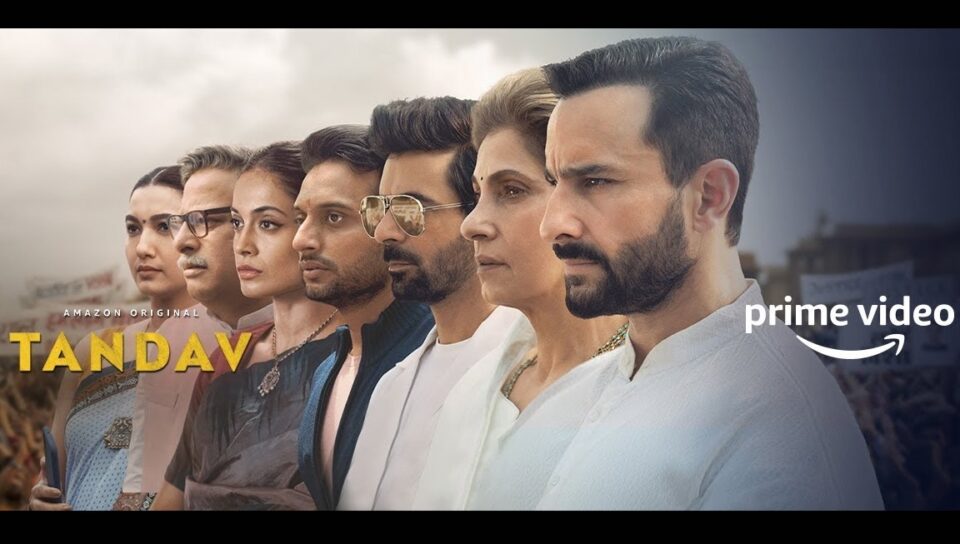 Tandav opens with a raging kisaan andolan in Greater Noida over a government decision to turn farm land into a SEZ for urbanisation. Soon, the drama throws in students chanting Azadi slogans in a campus called VNU. A news channel is shown catering to the vested interest of the political power set. Right wing and Left wing politics, dynastic rule dominance and students’ crusade — it’s all happening in the series.

Zafar forgot to pick a focus while crafting his storyline. Despite the volatile reality the show borrows from, Tandav starts to test your patience even before you are halfway through. An element of predictability creeps in.

Gaurav Solanki’s script centres on Saif Ali Khan as Samar Pratap Singh, son of Prime Minister Devki Nandan (Tigmanshu Dhulia). As the story opens, Devki Nandan looks all set to win another Lok Sabha election but a twist in the tale paves way for Samar to stake claim as his party’s PM candidate. Only, there are others within the ranks who harbour the ambition, too, and this includes the party’s senior leaders Anuradha Kishore (Dimple Kapadia) and Gopal Das Munshi (Kumud Mishra).

Tandav is too contrived in the conflicts it sets up for the sake of drama. Part of the flaw owes itself to unsure writing, and part of it could be because the makers ran out of ideas. The series suffers from a weird irony. The story it tries setting up must have seemed like a complex one at the scripting stage, rolling in too many sub plots and a surfeit of characters. And yet the outcome is too simplistic, mostly because Zafar and company cannot seem to avoid playing with generic cliches.

Saif Ali Khan always cuts a formidable figure as antagonist — think Omkara or Ek Hasina Thi — and in Tandav he looks dapper in the neta’s kurta-pyjama uniform. At one level, you get the impression, Saif is let down by the writing this time. As he strives to score as the sinister Samar, the effort shows in places.

In fact, most of the heavy-duty cast struggles to emerge beyond cliched characterisation. The exceptions would be Mohd. Zeeshan Ayyub as students’ leader Shiva Shekhar, and Sunil Grover as Samar’s ruthless right-hand man Gurpal, who manage to rise above the show.

Mounted and executed with flourish, Tandav falls back on mediocre content, with only sporadic moments that genuinely engage. The outcome overall comes as an anticlimax, after the mammoth hype that the show had garnered over the past weeks before release.