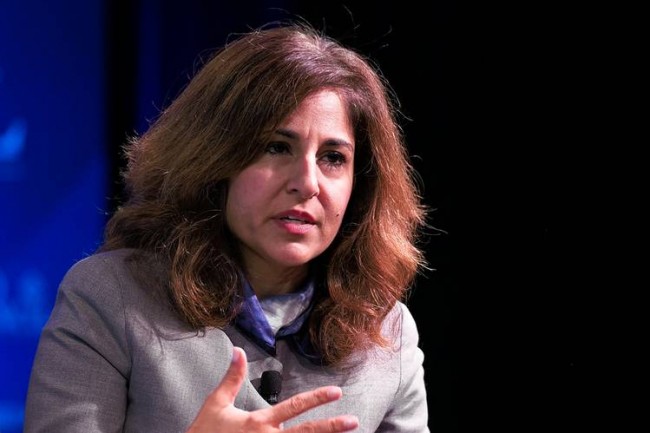 Atlanta, GA, August 17: Neera Tanden has been named as one of the co-chairs of Democratic Party nominee Hillary Clinton’s presidential transition team.

Ken Salazar, a former interior secretary and U.S. Senator from Colorado, will lead the team of four co-chairs that includes one-time national security adviser Tom Donilon, former Michigan Governor Jennifer Granholm and Maggie Williams, director of Harvard’s Institute of Politics, the campaign said in a statement.
The team will oversee “smooth transition of power” to the new President, if Clinton wins the November election.

At the Democratic National Convention in July, Neera Tanden, made an impassioned speech in support of Clinton, declaring: “Hillary will always have our backing.”

She spoke candidly of her family’s travails after her father divorced her mother when she was five and how the public safety net saved them and helped her eventually get an Ivy League law degree and to become Hillary Clinton’s adviser and play important roles in her campaigns.

Tanden previously served as senior advisor for health reform at the Department of Health and Human Services, working on President Barack Obama’s health reform team in the White House. In that role, she developed policies around reform and worked with Congress and stakeholders on particular provisions of the legislation.

Before the presidential campaign, Tanden was Senior Vice President for Academic Affairs at CAP. Prior to that, she was one of the first senior staff members at the Center, joining as Senior Vice President for Domestic Policy when CAP first opened its doors. In between, Tanden was legislative director for Sen. Clinton, where she oversaw all policy and legislation in the Senate office. In 2000, she was Hillary Clinton’s deputy campaign manager and issues director for her Senate campaign inNew York. Tanden also served as associate director for domestic policy in the Clinton White House and senior policy advisor to the first lady.

Tanden has appeared on NBC’s “Meet the Press,” ABC’s “This Week,” CBS’s “Face the Nation,” “The NewsHour with Jim Lehrer,” MSNBC, CNN, and Fox. She was named one of the “Most Influential Women in Washington” by National Journal and received the India Abroad Publisher’s Award for Excellence in 2011. Tanden was recently included on Elle magazine’s “Women in Washington Power List” and recognized as one of Fortune magazine’s “Most Powerful Women in Politics.”

She received her bachelor of science from UCLA and her law degree from Yale Law School.