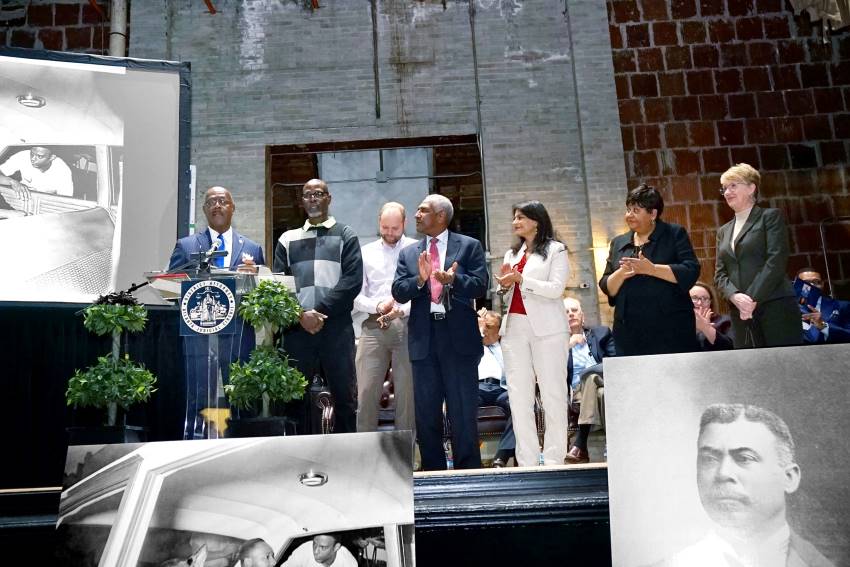 Atlanta, GA, February 6, 2020: In USA and across the world, hundreds of people have spent time in prison for crimes they did not commit. Wrongful convictions mean the real culprit walks free.

Organizations such as the Innocence Project have contributed to 2542 exonerations across US since 1989. These are people who have served an average of 14 years in prison for a crime they did not commit. That means 22,540 years of human capital lost. To date, 367 people in the United States have been exonerated by DNA testing alone,

On Wednesday, January 8, 2020, the Fulton County District Attorney’s Office and District Attorney Paul L. Howard, Jr. officially announced the commencement of its Conviction Integrity Unit (CIU), the first in the Southeastern United States in a DA’s Office. During the inaugural reception at Tyler Perry Studios, the first defendant to be released from prison as a result of the work of the Fulton DA’s Conviction Integrity Unit received a surprise job offer from Tyler Perry Studios.

This new unit will re-examine questionable convictions and help guard against future conviction error. Staffed with a dedicated Assistant District Attorney and investigator, the CIU’s primary charge is to review and investigate convicted offenders’ legitimate claims of innocence and wrongful conviction.

Cases will be evaluated by a Review Board made up of five individuals including Indian-American Nazeera Dawood who is a Fulton County leader and activist.

As a symbolic gesture, DA Paul Howard handed the keys of the Fulton County jail cell to the review board members. It symbolized that they carry the keys to the freedom of innocence responsibly.

Following conviction cases in Fulton County will be evaluated by the staff and the review board.

The CIU is committed to ensuring all submissions receive a thorough and equitable review. Anyone who wishes to submit an application for review to the Fulton County District Attorney’s Office Conviction Integrity Unit should do so by emailing convictionintegrity@fultoncountyga.gov.