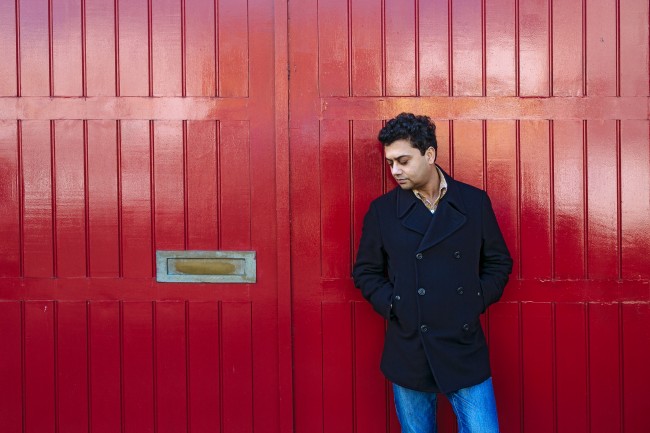 Author Neel Mukherjee is absolutely “thrilled” that “The Lives of Others” has been shortlisted for the Man Booker Prize for Fiction 2104. Though he was a bit wary how the story, a combination of two strands – family and political turbulence in West Bengal in the late 1960s – would go down with an average Western reader with “melodramatic” and “hysteric” situations, he isn’t particularly happy with the idea of his novel being described as a “family saga” by many reviewers.

IANS interviewed the London-based Mukherjee,44, who was in the capital and talked to him about how his novel reflects the lives of Indians who “live life on a much bigger scale” and don’t have a stiff upper lip. 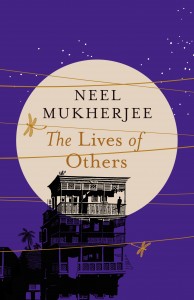 Why did you choose to set your novel in the late 1960s, a time when you weren’t even born?
Well… I don’t know, it chose me I feel. I wanted to write about a joint family because it is a very good way of looking at things. The late 60s were a time of great ferment and change, idealism and optimism for a set of people. Maoists were among them who thought they could change the world for a better place. So, I wanted to write about that time, before I was born… just before I was born.

But more than the family, didn’t you want to portray the role of the urban middle class in the revolution, how youngsters were disillusioned about inequality and Maoist ideals seemed to be the way forward?
The Maoism if you care to look at it, I didn’t look at that time… you could find many people associating themselves with this revolution. I didn’t know what this revolution was, how it started and what it was trying to do. When I was researching for the novel, I got to know about this movement. But, there was a middle-class urban component to the revolution. It was very clear to the Maoist leaders that it should be a revolution by the proletariat and of the proletariat. They thought the urban intelligentsia would come and join them. But it so happened that even though contribution of this urban intelligentsia was marginal, it also swept a generation of college-going men and women…so I wrote about that lost generation of Bengal.

How difficult or easy was it for you to sketch so many characters? Did you have a clear idea about them from the start?
It was a great pleasure writing about them. I like imagining people and spend a lot of time in others people’s head. It all came easily because I know that world intimately. But some characters were much easier to imagine than others, like Chhaya, the unmarried daughter of Ghosh family. She was a great pleasure to write about.

While creating the characters were you moved by empathy or anger?
I felt Supratik’s (protagonist) anger myself and in order to make him alive, I had to feel that. I wrote about Somnath with great hatred. But at the end of the day, the bedrock of the writing has to be compassionate, otherwise it becomes two dimensional. I also liked to give him the inner thoughts… but it has to be done with empathy and compassion, otherwise you don’t see people fully and you can’t write about them.

The novel is set entirely in India. Were there any apprehensions that the Western reader would not relate to a traditional Bengali family’s sentiments?
I wanted to write a difficult and dense novel that reflects the density of the world I am writing about. It is entirely set in India, so I had to be faithful to this world. I thought the squabbles, jealousy, the pettiness of life, melodrama and hysteria flows in the blood and bones of every Indian so they would understand the emotions. But, I was very afraid that Western readers would say “Oh my god”! So melodramatic, so hysteric… But this is what Indian families are like… we live life on a much larger scale… we don’t have a stiff upper lip.

Is there a lament about the lost opportunity of revolution among the writers of Bengali origin today that they keep on coming back to this theme? Even Jhumpa Lahiri’s “The Lowland” touched upon this issue.
I don’t know, Bengalis are constantly looking back and getting nostalgic. It is like they are defining disease. It is just a coincidence that Jhumpa and my novel came out within a gap of a year. But I feel if there is a tendency in Bengalis to think of the golden age of lost revolution, why aren’t they doing something and revolting now? I think Bengalis are stuck in once-upon-a-time land. I was conscious about this, and in my epilogue, I have pointed out the way forward for the fruit of Maoism of late 1960s in today’s time.

Are you happy with the reviews the novel has received?
The book is not mine anymore and have no say in it. I have washed my hands off it. Having said that, I am slightly puzzled by why it is called a family saga because it is not a family saga. The word saga has some connotations and I also don’t see the family as dysfunctional… a lot of reviewers have called the Ghosh’s family dysfunctional.

How does it feel to be on the Man Booker list?
I am thrilled to bits and pieces. It’s like I have been hit at the back of my head and have stars in front of my eyes. But, I am not allowing myself to think about it.