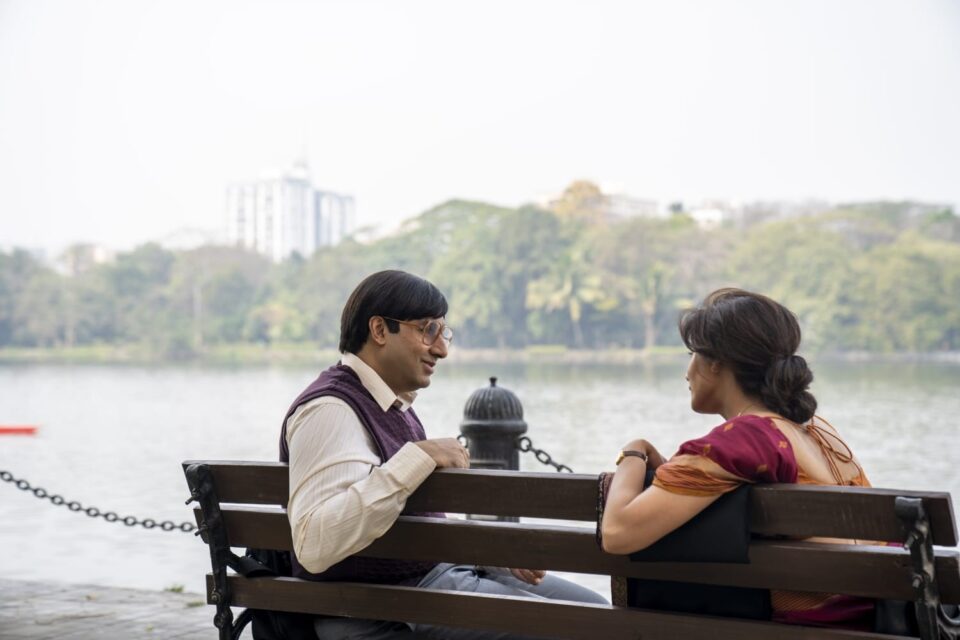 This film focuses on the assassin Bob Biswas, a character conceived by Sujoy Ghosh and Advaita Kala in 2012 released Kahaani which featured Vidya Balan, thus technically making it a prequel to Kahaani.

Actor Saswata Chatterjee had portrayed the quirky character in Kahaani with such flair and unconventional style that it landed becoming an intriguing figure worth exploring his backstory, and thus this film germinated.

Unlike the high-octane, nifty thriller Kahaani, Bob Biswas with a character-driven plot, is a slow-paced film. The titular character in a vulnerable state of mind embarks on a journey of self-discovery after being in a coma for eight years. Unable to recall his past, and while trying to piece his life together with his wife Mary, son Benny and stepdaughter Mini after he steps out of the hospital. How he gets his prospective victim’s MMS on a mobile phone and is forced to kill them while working undercover as a life insurance agent, forms the crux of the film.

Set in Kolkata, the script does have its moments, with the twists in the tale and the code of conduct among criminals, but it is Bob’s gullibility that keeps you hooked to the screen.

While we miss Saswata Chatterjee as the eponymous killer, Abhishek Bachchan with his bemused appearance and unwonted demeanour delivers an equally earnest performance. He is aptly supported by Chitrangda Singh as his wife Mary, Ronith Arora as Son Benny, and Samara Tijori as Mini.

Purab Kohli has his moments of onscreen glory as the drug peddler Bubai. Similarly, Pabitra Rabha as Dhonu the street-food seller, and Paran Bandopadhyay as the pharmacist Kali Da who keeps saying: “Niyam, Niyam hota hai…” leave their mark on the screen.

Tina Desai in a significant role as Police Officer Indira Verma is stereotypical and so are all the other supporting actors who are a part of the city’s underbelly.

While Bob Biswas’ back story is intriguing and the film informs you of how he is connected to the tale in ‘Kahaani’, writer Sujoy Ghosh takes the lazy way out.

His script fails to tell us about Bob’s initiation into the world of crime, how he became a contract killer in the first place. This would have been much more interesting. Also, Bob’s journey as the assassin is smooth and perfunctory that beyond a point, you just don’t get emotionally hooked.