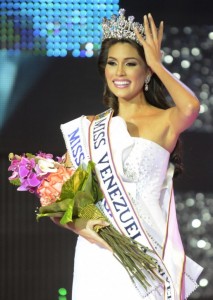 The 25-year-old defeated 86 contestants including Miss India Manasi Moghe, who could only make her way to top ten, to clinch the crown.

Isler started taking flamenco dancing lessons when she was a child, but says that her “real training” began when her niece was born. After finishing her thesis three years ago, Gabriela regularly helps her sister in taking care of her daughter, and even considers herself a second mother to the child.

She currently works as a talent on the Venevision TV Network, but considers motherhood as the hardest profession in life.