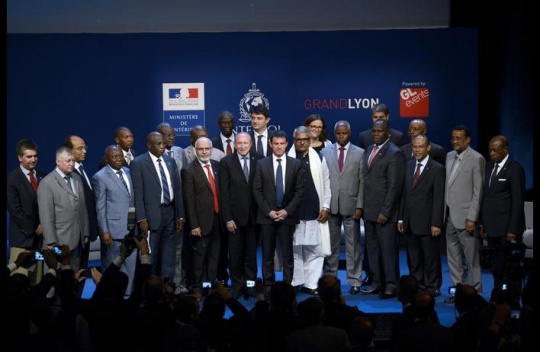 Washington, Aug 31 (IANS) Tucked away in a corner of Washington is a glass fronted office that never sleeps as operatives eye color coded ‘lookouts’ from America’s Interpol partners from around the world, including India.

Inside the operations and command centre of Interpol Washington that serves as the official US point of contact for the 190-member International Criminal Police Organization, they sit before an array of large TV and computer screens ready to act on tips 24/7/365.

For instance, Interpol Secretariat in Lyon, France, issued a Red Notice in October 2010 at the instance of India for the arrest of five Pakistanis, including two army officers, for their role in the November 2008 Mumbai terror attacks.

Similarly in May 2007, Indian police captured Alan Jay Horowitz, a rabbi and child psychiatrist convicted of multiple child sex crimes, who had been featured on ‘America’s Most Wanted’, TV show in Chennai on a Red Notice issued at US request.

As America does not have a single national police force, Interpol Washington through an encrypted, Internet-based virtual private network known as I-24/7, helps the country’s more than 18,000 federal, state and local agencies communicate with its foreign partners.

For any investigation that goes beyond US borders, “we try to reach out through the Interpol desk to seek the assistance of those countries where the fugitives we are looking for may be present”.

“Same way with your country, India has come out and sought our help or assistance in solving some crimes that they may have there” he said, but declined to comment on any specific case.

LaTonya N. Miller, public and Congressional affairs officer said information relating to particular cases can be provided by only the investigative agencies concerned such as India’s National Investigation Agency (NIA) and the FBI in the case of Mumbai attack.

As Interpol is only a communication channel, it does not initiate any investigation by itself, Munoz-Torres said.

Requests from member countries are also taken at face value because “when we get a Red Notice the headquarters has already evaluated the information and determined that there was a good reason for it”.

India, like many Interpol member countries, considers the Red Notice to be a valid basis for provisional arrest with a view towards extradition.

But some “countries require an additional document from the country itself like an indictment of a person for these crimes and all those explanations of why that person is sought”, Munoz-Torres said.

“We have very positive cooperation with India,” added Miller and the US looked forward to keeping it up.