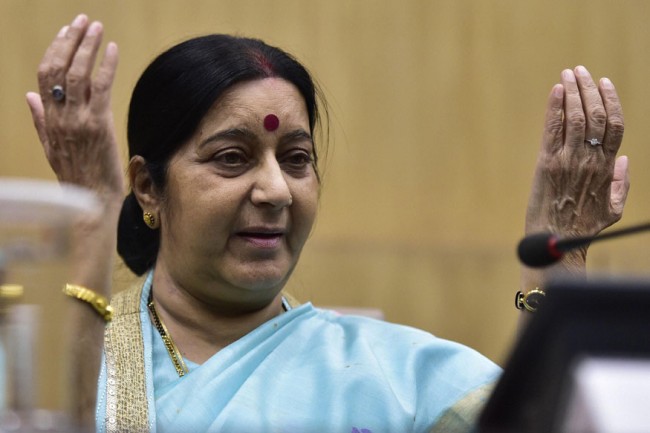 New Delhi, May 30 (IANS) The Ministry of External Affairs (MEA) has decided to revoke the passports of five NRIs against whom Look-out-Circulars (LoC) had been issued by Integrated Nodal Agency (INA), the Ministry of Women and Child Development (WCD) said on Wednesday.

According to the WCD, the INA — an inter-ministerial body dealing with matrimonial disputes headed by a Secretary, Rakesh Srivastava — met External Affairs Minister Sushma Swaraj earlier this week and recommended that the passports of all those who have been issued LoCs be revoked.

The WCD Ministry says it has received 40 cases related to matrimonial disputes relating to NRIs, of which six found to be serious and LoC issued.

The government last month found five cases of matrimonial disputes fit for issuing LoCs and notice was thereafter sent to the concerned NRIs. Earlier this month, the ministry said it had decided to issue another LoC in a matrimonial dispute.

According to the ministry, in criminal matters involving NRIs, the LoC can be issued by the investigating agency in cognisable offences when the overseas husband is deliberately evading arrest or not appearing in the trial court despite non-bailable warrants and other coercive measures, or there is a likelihood that he will leave the country to evade trial or arrest.

The INA had recommended the revocation of passport to the MEA in connection with the sixth LoC issued by it.

The step comes after the WCD Ministry had a fall-out with the Law Ministry on impounding passports and confiscation of the property of those NRI husbands who have been found guilty of deserting their wives and failed to appear in the court.

“The suggestion was presented in front of a group of ministers who approved it. However, the Law Ministry did not support the step. Therefore, we sought a meeting with Sushma Swaraj,” an official said.