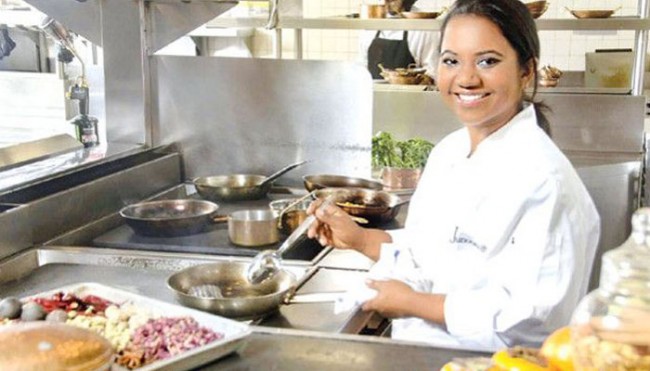 Chef Bobby Flay is no stranger to culinary competitions. He is known for hosting “Bobby’s Dinner Battle” and competing on “Throwdown! With Bobby Flay”. In “Beat Bobby Flay”, he does both.

The winner of that challenge — as determined by a special guest judge — goes to the second round, in which he or she battles against Flay.

Sampath, whose winning dish was Biryani, said in a statement to IANS: “I feel elated for the opportunity to represent Indian culture in the western market. Biryani although is nostalgia to others, it’s still not very known, rather the complexity of making it.”

“I am super happy to win the competition and this is just an additional feather in my cap,” added the Indian chef, who is currently residing in Seattle.

Sampath’s foray into the culinary world began with an exploration of flavours found in the diverse kitchens of Mumbai and eventually led to her current position as Chef De Cuisine at Junoon, a Michelin starred Indian restaurant in New York.