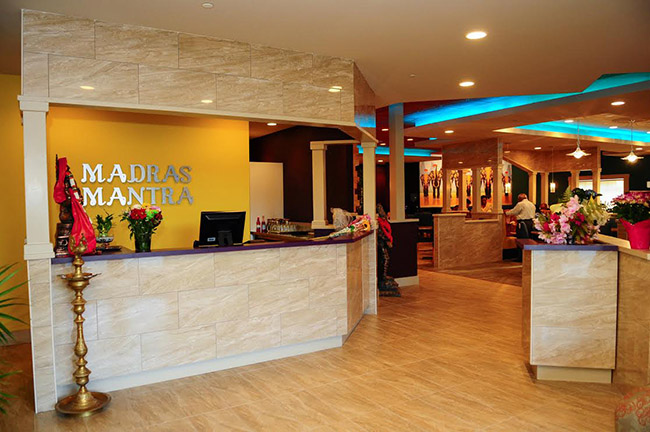 Atlanta, GA: Life has come a full circle for Atlanta restaurateur Narendra Patel. He is back at the location in Decatur which, under his ownership, had become synonymous with fine vegetarian South Indian cuisine nearly a decade ago. When his much anticipated Madras Mantra opened doors to customers in late April 2015, his loyal clientele couldn’t have been happier.

Patel is known these days as the owner of the very successful Madras Chettinaad restaurant in Alpharetta. But before the heady success of this restaurant, Patel, along with Nanjunda were known as the team that built Madras Saravana Restaurant (MSB) from scratch and made it hugely popular in the Decatur area from 1999 to the mid 2000s. 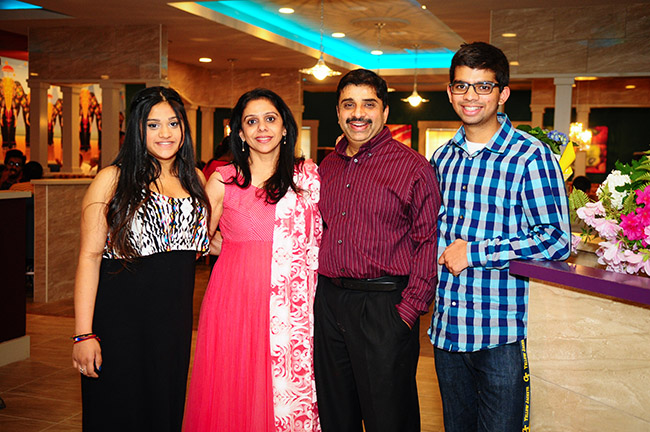 Narendra Patel with his family at Madras Mantra.

Madras Saravana Bhavan was sold to the Saravanaa Bhavan chain from India in 2006 and Patel then moved shop to the other corner in the same strip (off Lawrenceville Highway) from where he operated Madras Chettinaad restaurant. When the ownership of the strip changed and the new owners wanted to demolish a part of the building, he moved Madras Chettinaad to its current larger location in Alpharetta in 2009.

Last year, when Patel heard that Saravanaa Bhavan was on the market, he jumped at the opportunity to come back to the location where he had first tasted success. Nine months later, he opened Madras Mantra on Akshaya Tritiya day.

Madras Mantra has an upgraded décor and an enhanced menu. “A lot of research went into the menu,” says Patel. “We kept the popular items from the old Madras Saravana Bhavan menu, picked a few high-demand vegetarian items from Madras Chettinaad and added a few fusion items fromBombay.” 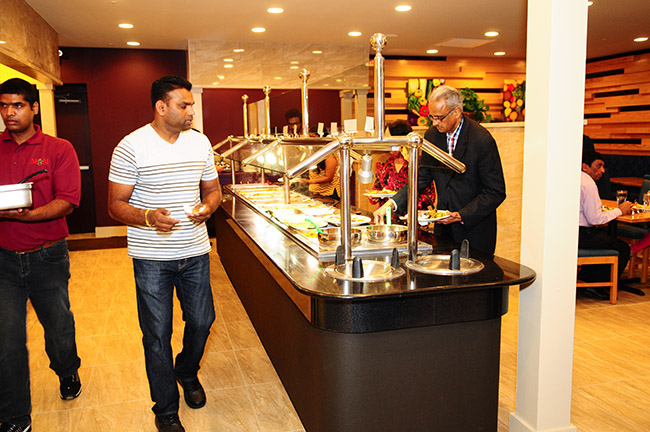 The lunch buffet has over 20 items and is already attracting customers from the nearby CDC,Emory,Georgia Tech and Georgia State, says Patel.

It has been quite a journey for Patel who, after graduating from Mumbai’s prestigious Institute of Hotel Management and Catering Technology decided to move to the US to embark on his culinary journey. He worked in a New York restaurant called Madras Mahal in the early 1990s where he met Ram Nanjunda. Patel then moved to Atlanta in 1997 where both he and his wife got jobs as lab technicians at Georgia Tech. But chemistry wasn’t his calling, so, when he and his wife decided to start a family, he decided to get back into the culinary field. He took over Madras Café (at the corner of Clairmont and Briarcliff Road) in 1999. 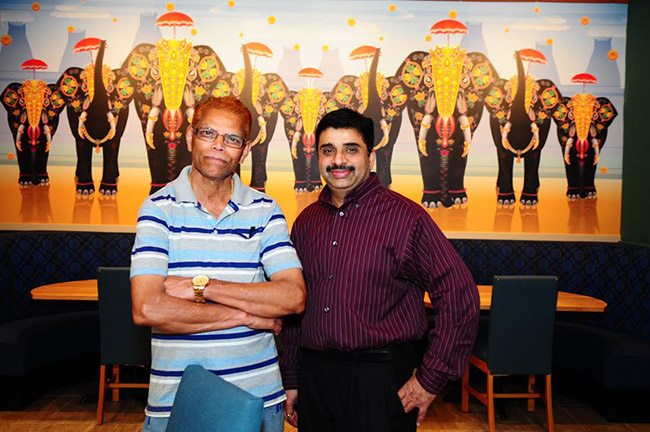 The restaurant was proving too small for the growing clientele, so Patel spent considerable time scouting for a bigger location in the Druid Hills,La Vista Road areas. Finally, he located the spot which seemed perfect for what he had in mind.

“This used to be a Po’ Folks (now Folks) restaurant which I remodeled and opened as Madras Saravana Bhavan in 1999,” Patel says. Nanjunda joined him in this venture as chef and manager.

Given their history together, it is easy to see why Patel and Nanjunda are excited to be back at the old MSB location. Both are known to spend considerable time in the kitchen perfecting their craft and in building personal relationships with customers.

Lovers of good vegetarian Indian food have reason to be excited too!

[…] and ended at the Brick Store.) Saravana closed shortly after we left, but all these years later the proprietor has opened a new restaurant in the old Saravana location! We haven’t been yet but it’s at the top of the list for our next […]