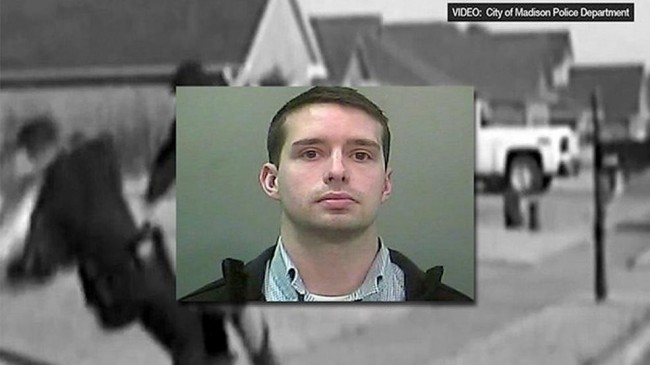 Washington, Sep 22 (IANS) A US police officer who assaulted Sureshbhai Patel, leaving him partially paralyzed, is set to face a new jury on October 26, a media report said.

Peggy Sanford, spokesperson for the US Attorney’s Office, said the decision on the fresh trial of Madison police officer Eric Parker was taken after a late status conference on Monday, AL.com reported.

The report added that the federal prosecutors would once again try to make their case that Parker used unreasonable force. A pretrial hearing has been set for October 6, according to Sanford.

The case drew international headlines after the video of 57-year-old Sureshbhai Patel’s assault on the morning of February 6 went viral on the internet.

Earlier this month, District Judge Madeline Hughes Haikala declared a mistrial in the case after a 12-member jury trying Parker in a Huntsville, Alabama federal court informed her that they could not reach a verdict — which must be unanimous. The jury was split 10-2 along race and gender lines, according to AL.com.

Based on the final note the jury sent to Haikala, no jury changed their position since deliberations began anew when an alternate juror was added on Thursday morning. Altogether, the new jury deliberated about 10 hours.

The civil suit is also on hold until next year. Patel on February 12 sued the City of Madison and Parker in federal court for illegal seizure, unlawful search and excessive force.

Judge Virginia Emerson Hopkins has set a deadline of March 30, 2016, for a joint report on the status of “the multiple criminal proceeding against officer Parker”.

Indian tech industry does not take away US jobs