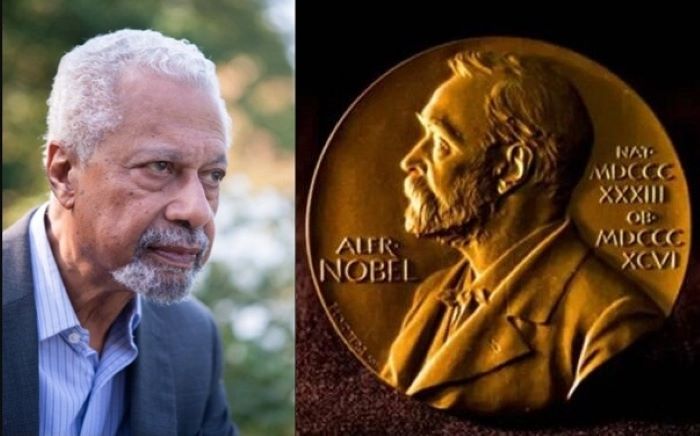 Amid resurgent questions over cultural identity and colonial legacies, the Nobel Prize for Literature 2021 has been awarded to the first writer since Sir V.S. Naipaul (2001) to deal with the vexed impact of colonialism and the dilemmas of travelers – forced or voluntary – among differing cultural milieus.

And new Nobel laureate – the Zanzibar-born, UK-based academician-cum-writer Abdulrazak Gurnah has, in his academic career, guided plenty of research on Sir Vidia, as well as Salman Rushdie, G.V. Desani, Anthony Burgess, and above all, Joseph Conrad, whose most powerful works dwelt on colonialism and its “civilizing legacy” – in its very heyday.

Gurnah is known for a relatively small but significant oeuvre dealing with the ‘clash’ between homegrown tradition and colonialism in Africa and elsewhere, the disruptions in cross-culture encounters, especially for refugees, and construction of identity and memory, leavened with autobiographical elements.

Awarded for his “uncompromising and compassionate penetration of the effects of colonialism and the fate of the refugee in the gulf between cultures and continents”, he is the second writer after Japanese-born but UK-settled Kazuo Ishiguro (2017) to be conferred the Nobel for his work in English, despite it not being his “mother” tongue, and the first writer originating from out of the “West” since China’s Mo Yan in 2012.

Gurnah, who came to the UK in the 1960s to study and eventually settled there as a refugee, obtained his PhD in 1982. After a stint at a Nigerian university, he has been teaching in the UK and his academic focus is postcolonial writing and colonial discourse, with focus on Africa, the Caribbean and India.

This is reflected in his works – 10 novels in slightly over two decades, and a collection of short stories.

Set in an unnamed East African coastal town at the end of colonial rule, his literary debut “Memory of Departure” (1987) is a coming of age novel, in first person narration, picturesquely depicting the local culture and the role of its dynamics in moulding the persona of the protagonist, who finally decides to strike out for bigger prospects.

The autobiographical elements recur in “Pilgrim’s Way” (1988), a humorous but a bit dark account of a Muslim Tanzanian student Daud’s fight for survival against marginalisation in an English provincial town, with his wit, imagination, mental mockery and letter-writing being his only weapons against the cultural philistines – unlike his Biblical namesake (David).

But it was “Paradise” (1994), shortlisted for the Booker Prize and Whitebread Prize, that brought Gurnah into the centre stage. Entertwining myth, storytelling, and East African and European literary traditions, it is the rite of passage of Yusuf pawned by his father to a rich merchant he must accompany on dangerous trading expeditions from the East African coast into the interior as European rule looms. The contrasts with Conrad’s “Heart of Darkness” are telling.

In “Admiring Silence” (1996), Gurnah deals with how distance affects the memory of a “perfect” homeland. The story of a Zanzibari man, who marries an English woman and writes romantic tales of the Africa he “remembers”, it goes on to depict what ensues when he returns home.

“Desertion” (2005) lives up to its name. A combination of two stories – the account of a bunch of young siblings in the period of transition for colonialism, and a half-century old story of colonial contacts, cross-cultural romance and its impact, the story brings both strands into one in the unforgiving present.

But Gurnah doesn’t always remain in the past. “Gravel Heart” (2017) is set in the Zanzibar of the 1970s, and while it reprises some elements of “Pilgrims’ Way”, it does so in a more unsentimental and harsher way.

His most recent work is “Afterlives” (2020), which deals with a different, shorter but more harsher colonial past, as the conflict in Europe spreads its shadow on Africa.

A welcome move by the Swedish Academy, which will help to dissipate its reputation for “Eurocentrism”, Gurnah’s Nobel is a welcome step recognising voices dealing with one of the most vexing and patently ambiguous historical conundrums of present times.