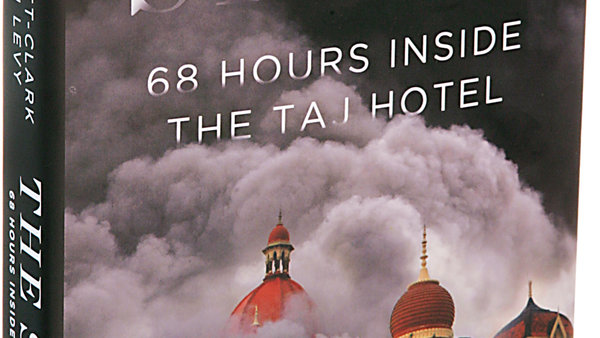 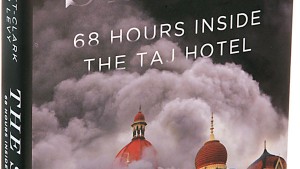 New Delhi, Nov 25 (IANS) Lashkar-e-Taiba (LeT) operative David Coleman Headley, who scouted targets for the 26/11 terror attack, was “never anyone’s client” and his modus operandi was only to “save himself by sacrificing others”, say Adrian Levy and Cathy Scott-Clark, authors of “The Siege”.
Headley “betrayed Lashkar (e-Taiba). He befuddled US intelligence. He betrayed his three wives. He betrayed (Tahawwur) Rana, his best friend. Lashkar even suspected this and reported that he was a spy to their ISI link. ISI too backed away from him, refusing to meet face to face,” the authors told IANS in an email interview.
Headley, a Pakistani American from Chicago, had visited India several times ahead of the 26/11 attack to recce the city and choose sites, including the Taj Mahal hotel and Chabad House, for the attack.
Ten Pakistani terrorists laid siege to key Indian institutions in the country’s commercial capital for three days from Nov 26, 2008, killing 166 people, including foreigners.
“Headley is complex and knowing. A hybrid, convincing in Pakistan and in the Upper West Side of New York, where he ran his video store, he was also, according to his own mother, an adventuress from Maryland, someone whose selfishness was derived from his lack of sense of self,” the authors told IANS.
“He was sent to Pakistan to be with his father who placed him in a military school and yet he pined for his mother, feeling rejected by her, and soon joining her in the US.”
“His modus operandi was to save himself by sacrificing others. When he began buying drugs in Pakistan in the early 1980s, he did so by manipulating his best friend Rana, a schoolmate who was then a medic in the Pakistan army.
“Headley (then called Daood Saleem Gilani) abused Rana’s military credentials and truck, to get into the tribal territories on drug buying missions, stashing his illicit cache in the military vehicle without Rana knowing.”
“When he was busted in 1984, he gave up the syndicate around him. He did the same in 1988 and 1994, in New York. Each time he made a deal with the DEA (Drug Enforcement Administration) and finally with the US intelligence community.
“In 1998 when he was arrested for importing heroin, US embassies in Africa had been devastated by Al Qaeda, announcing its arrival on the global terrorist stage. Headley/Gilani offered to penetrate Islamist movements in Pakistan – an irresistible offer back then.”
“He would not get into Lashkar until 2006, and then slowly edged also towards Al Qaeda, and in particular Ilyas Kashmiri’s 313 Brigade in Waziristan. This was known by the US that was monitoring his email and phones. They knew then that a US passport holder was closer than anyone else to Osama bin Laden at a time when capturing him was a prime objective,” they said.
“But Headley was never anyone’s client.”
He betrayed the LeT, his wives, his friend and co-conspirator Rana, and confused the US intelligence and the ISI, the authors said.
Headley entered into a plea bargain with the US authorities, under which he could not be extradited to a foreign nation. A team of India’s National Investigation Agency (NIA) went to interrogate Headley in his Chicago jail in 2010.
He was sentenced to 35 years in prison by the US courts in January 2013.
“The Siege: The Attack on the Taj” is published by Penguin.