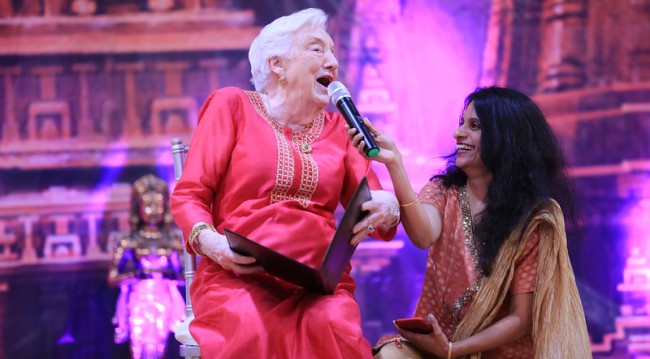 Representatives from various Indian Organizations were in attendance to support the event.  The colorful event drew more than 650 women from the Indian American community which speaks for its success.

The main objective of IFA’s Women’s Fest is to celebrate and recognize the year-round contribution and accomplishments of women in the community, to recognize the prominent women leaders inAtlantaand also afford women an opportunity to meet and greet, to forge new friendships and network with each other.

In her address, Frances West, who traveled toIndiaat the age of 94, talked about the importance of adopting the entire world as family to ensure peace on this planet.

“I think women like you and me have the capacity to spread love and acceptance to all people.   Maybe modeling these attitudes would make a difference in our view of inequality, racism, gun violence and immigration,” she said.

The other guests also thanked and congratulated Indian Friends of Atlanta Organizers for making them part of the impressive festival celebrating women. 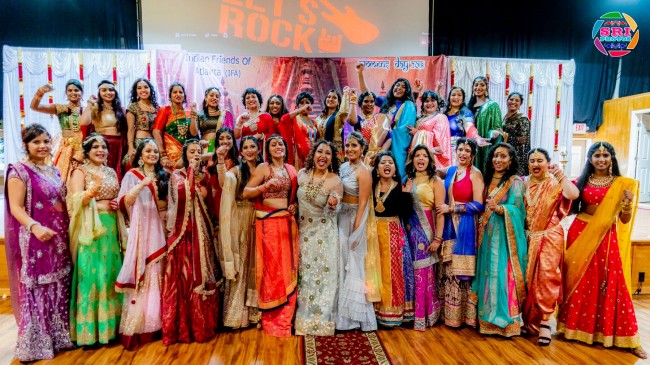 The highlights of the event included the Royal Queen-Princess Fashion show directed by Lakshmi Thesam and executed by Kratika Jain, Bandana Verma and Hetal Mehta, which transported the audience back to the royal era as beautiful models majestically walked down the aisle in their glittering attires. The show was a winner and won wide applause.  Special kudos to Kratika Jain, the makeup artist, who made sure the beautiful ladies looked their best.

The seminars elicited valuable suggestions on various topics including role of women in politics, registering to vote, safety and security tips for women, opportunities in IT, opportunities other than IT, etc.

IFA team expressed special thanks to Shaveta Jain & Aishwarya for anchoring the event.  It further thanked all the annual sponsors, Women’s day event sponsors – Tours Limited and Banyan Way, participants, Fashion show team and Skyland business team and all the enthusiastic attendees who made it to the event despite the very hot weather and made the festival a memorable one.