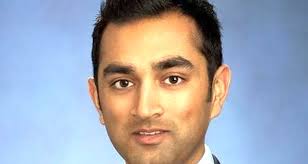 He is among five Indian-origin individuals named partners by the bank Wednesday, media reported Thursday.

Shah emerged as a markets trader based in London, and was promoted to managing director at the age of 27.

He graduated from Cambridge University with a mathematics degree.

However, Eric Mindich holds the record of being the youngest partner at Goldman Sachs when he held the position in 1994 at the age of 27.