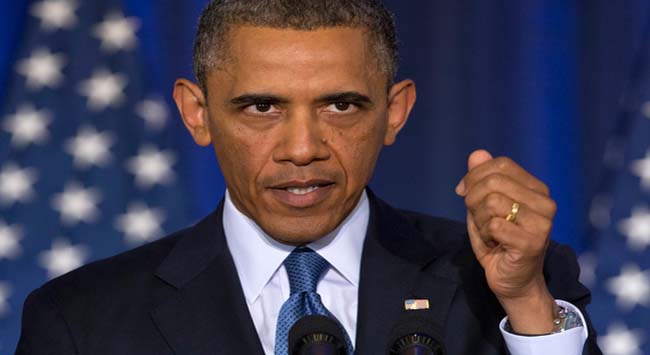 Washington, March 24 (IANS) Declaring that “America is proudly open for business”, President Barack announced plans to reform the L-1B visa category to allow global corporations to temporarily move workers to the US in a faster, simpler way.

“And this could benefit hundreds of thousands of non-immigrant workers and their employers; that, in turn, will benefit our entire economy and spur additional investment,” he said addressing the second SelectUSA Investment Summit here.

“So the bottom line is this: America is proudly open for business, and we want to make it as simple and as attractive for you to set up shop here as is possible,” said Obama. “That is what this summit is all about.”

“The fact is there’s never been a more exciting time for us to do business together,” he said. “The companies that invest in America have access to the largest market in the world — and it’s a market that is strong and stable, and growing.”

More than 2,600 people-including 1,300 companies from more than 70 countries including India and over 500 US economic development officials from across the country-are attending the summit launched in 2011.

According to the White House the Department of Homeland Security will clarify guidelines for global companies seeking to staff new and expanding US operations with specialized knowledge related to their company or industry without impacting job opportunities for US workers.

The Confederation of Indian Industry (CII) in collaboration with SelectUSA Monday released the second edition of ‘US Business and Investment Climate Report’ at the summit.

A media release said the report has been created “to serve as a ready reference guide to not just Indian companies but to all those looking to expand their business in the US or enter the US as an investment destination.”

Providing a state-by-state view of the US, the report highlights the ‘Top 10 reasons to Invest ‘ as offered by all 50 US states and the US territories to businesses.

In addition, the report outlines the core and upcoming sectors of strength and growth in each state/territory, as well as some of the major tax and financial incentives being offered to attract and retain businesses.

In his foreword to the report, CII Director General Chandrajit Banerjee said “the US-India trade and commercial relationship has grown by leaps and bounds with bilateral trade touching nearly $100 billion.”

At the same time, the investment story too remains strong with the US ranked as the sixth largest source of FDI into India, while India has also emerged as one of the fastest growing sources of FDI into the United States, he noted.

CII’s own studies have found that Indian companies have invested in a range of sectors in the US including in technology, telecommunications, pharmaceuticals and life sciences, iron and steel, mining, energy, manufacturing, financial services etc, he said.

Indian companies have made their mark through greenfield and brownfield investments, mergers and acquisitions, joint ventures, and other business collaborations with US companies, Banerjee noted.

In his foreword, Vinai Thummalapally, Executive Director, SelectUSA said: “It has also been an exciting time for India, with the election of a new government with a mandate to make it easier than ever for Indians to do business.”

Thummalapally, who hails from Hyderabad, said during his travels to India “including joining President Obama during his January 2015 visit, I felt a palpable atmosphere of optimism.”

“Quite simply, there has never been a better time for Indians to expand their businesses to the United States than 2015,” he said.

Indian-origin researcher's model to empower women in IT