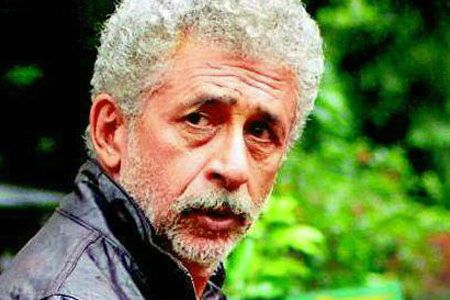 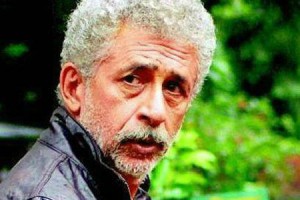 Mumbai, Dec 23 (IANS) Naseeruddin Shah is undoubtedly one of the best performers on the Indian screen. Despite his atypical looks, he managed to make a mark for himself in both parallel and commercial films, but gives credit to Bollywood megastar Amitabh Bachchan for paving the way for unconventional looking heroes in the Hindi filmdom.

Nowadays unconventional-looking actors like Nawazuddin Siddiqui and Irrfan among others have raised the bar in filmdom, but Naseer feels the real credit goes to Amitabh.

“Mentality has not changed. It’s just that the audience has always appreciated good acting. If unconventional people are getting roles, that credit goes to Bachchan saab. Even he was called unconventional in the beginning of his career and now the same people say what a sexy man!” he said.

“There is a huge contribution of Mr.Bachchan to make the unconventional face acceptable in commercial Hindi films. After that our careers – like Om Puri, Nana Patekar, Farooque Sheikh, Smita Patil, and Shabana Azmi – started. But the tendency has not changed. Still the chocolate face is acceptable,” he added.

Naseeruddin’s own achievements are no mean feat, but despite three National Awards, international honour and acclaim, the seasoned actor wonders why he isn’t seen as a commercially viable artist by filmmakers.

The Padma Shri and Padma Bhushan awardee has been part of some of the big-ticket box office movies in the recent past.

“Many such things have happened with me that has not happened with other actors. Like, despite being part of some of the most successful films – ‘Main Hoon Na’, ‘Krrish’, ‘A Wednesday’, ‘Monsoon Wedding’, and ‘Ishqiya’, I am still not a saleable actor,” Naseer told IANS in an interview.

“I have no clue why it is so and I don’t bother with it, may be because I am earning as much as I need and an ice cream won’t taste better if you get another Rs.20 lakh tomorrow,” added the 63-year-old.

The National School Drama alumnus, who entered the film world in the late 1960s and was first noticed for his work in “Bhumika”, has so far done about 200 films, which are an interesting mix of commercial and parallel Indian cinema and also include international projects like “The League of Extraordinary Gentlemen”.

Initially, he was more active in parallel cinema because of his unconventional looks and gave powerful performances in highly acclaimed films like “Nishant”, “Aakrosh”, “Sparsh”, “Jaane Bhi Do Yaaro” and “Masoom”. But later he did commercial cinema, being seen in films like “Hero Hiralal”, “Tridev”, “Vishwatma” and “Sarfarosh”.

“Abhishek is very open to suggestions that the actors give. He likes to encourage the participation of the actors and basically he likes both Arshad Warsi and me very much. I enjoy working with him,” he said.