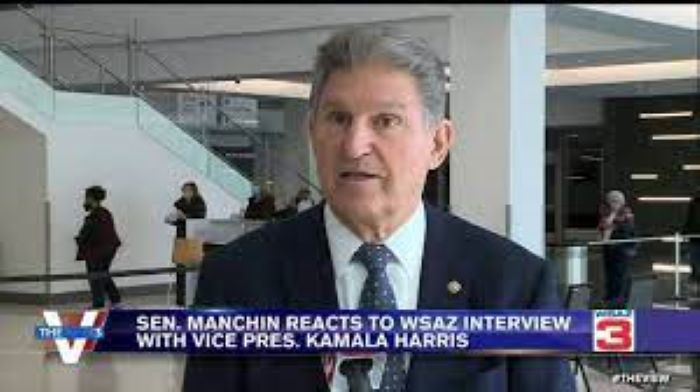 US Vice President Kamala Harris much-hyped tie-breaking vote in a 50-50 Senate is running into a stonewall called Joe (from her own party) who is just not letting the math get to the magic number where Harris can close the deal on President Joe Bidens most ambitious legislative priorities.

Four months out from the time Joe Biden and Kamala Harris took office, panic is creeping into the Democratic Party. Campaign promises remain on the to-do list — blocked by both Republicans and Democrats.

“We will lose voters for a generation,” Democratic lawmakers are warning as Biden’s top legislative priorities are on cliff-edge.

Early in the vice presidency, Harris made Joe Manchin furious after a media hit in his home state of West Virginia. Biden had to speak to the other Joe to get him to toe the line on legislative gridlock. But the same pressure isn’t working anymore.

Manchin declared he will be voting against the party’s flagship voting rights bill which was floated in response to new voting laws being passed in Republican-led states, pumped up by former president Donald Trump. Manchin has also repeatedly refused to vote to simplify the long standing status quo of 60 Senate votes needed to pass most major legislation. Both are priorities for Democrats. As things stand in a 50-50 Senate, at least 10 Republicans would need to cross party lines to help Democrats pass any of their major bills.

The stakes are high and Biden has begun explaining why his agenda is stalling. At a Tulsa rally, he said, “I hear all the folks on TV saying, ‘Why didn’t Biden get this done?’ Well, because Biden only has a majority of, effectively, four votes in the House and a tie in the Senate with two members of the Senate who vote more with my Republican friends.”

If the other Joe stands firm, Vice President Harris won’t get a chance to bung in the tie-breaking vote in the Senate – from where she ascended to the White House. Also, Harris is already polling well below Biden’s strong numbers after the first 100 days.

On Tuesday, Biden ended talks with Republican senators on a $1.7 trillion infrastructure proposal for rebuilding the country’s roads, bridges, highways, Veterans Affairs hospitals and care centers. Biden is now reaching out to the Senators who have leverage, including Manchin, whose vote will be crucial in the evenly split Senate.

Right now, the Washington spotlight is firmly on the two most powerful Joes in American politics – Joe Biden and Joe Manchin.

Not the tie-breaking vote.

Poor VP Harris seems to be failing in both tasks Biden has assigned to her.