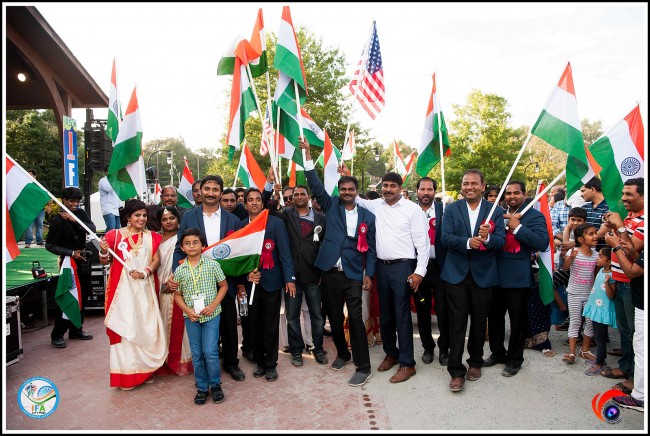 File photo for representative purpose only.

Mumbai, Nov 21 (IndiaSpend/IANS) As India has become wealthier, more of its citizens are leaving its shores.

An estimated 17 million Indians were living abroad in 2017, making India the largest source country for international migrants globally, up from seven million in 1990 and a 143 per cent increase, according to an IndiaSpend analysis of data from the United Nations Department of Economic Affairs.

Over the same period, India’s per capita income increased by 522 per cent (from $1,134 to $7,055), providing more people the means to travel abroad in search of employment opportunities they were not finding at home.

At the same time, the number of unskilled migrants leaving the country has been falling: An estimated 391,000 left India in 2017, almost half the number in 2011 (637,000), according to a new report by the Asian Development Bank (ADB).

However, this does not necessarily mean that an increasing proportion of India’s emigrants are likely to be higher skilled or that policymakers should be worried about a rise in “brain drain”.

The above figures refer to unskilled migrants travelling on Emigration Check Required (ECR) passports — passports issued by the Ministry of Overseas Indian Affairs to those leaving for employment in certain countries in the Middle East and Southeast Asia. Changes in the government criteria used to class workers as unskilled, leading to more migrants travelling on non-ECR passports, could be part of the reason for the declining trend.

“Over the years India has made internal adjustments to who gets an ECR passport. A lot of people are entitled to non-ECR passports and take that route to migrate instead — this is data which is not publicly available and therefore cannot be analysed,” Seeta Sharma, Technical Officer (ILO) for EU-India Cooperation and Dialogue on Migration and Mobility, told IndiaSpend.

Labour demand driven by constrained local employment markets is a key motivation for international migration, with 73 per cent of all migrants globally entering the workforce in their host country, the ADB report found.

India’s working age population is currently growing by 1.3 million each month, exacerbating a stagnant job market that is further afflicted by a lack of employment.

Oman (688 per cent) and the United Arab Emirates (622 per cent) also feature in the top 10 countries for the largest increases in Indian residents between 1990-2017, while in Saudi Arabia and Kuwait, over seven years to 2017, Indian populations rose by 110 per cent and 78 per cent, respectively.

These figures reflect the response of Indian workers to rapidly expanding economies in the Gulf, buoyed by rising oil prices. As these oil-rich nations embarked on large-scale development projects, workers from India and other South Asian countries answered the call for the growing number of construction jobs needing to be filled.

However, recent global economic slowdowns have slowed migrant flows from India into the region. Declining crude oil prices and the resulting spending cuts on construction projects and the slowing economies explain the falling numbers of Indians opting to travel to the region, as jobs dry up and wages contract.

While traditional host countries for Indian migrants, such as the Gulf states, US and UK, remain the countries with the highest Indian populations, over the last decade, OECD countries have seen a significant increase in the number of Indians choosing to settle within their borders.

Netherlands, Norway and Sweden, for example, have seen their Indian populations grow by 66, 56 and 42 per cent, respectively, over seven years to 2017. They are cheaper and have better educational opportunities.”For example, Germany has free education and there’s the potential to land a job in the country after university too, so you’re seeing a shift in migration,” Sharma said.

Rapidly aging populations across the West will further create a demand for migrant labour, as imported workers fill employment gaps left by falling birth rates in many developed countries. India is well placed to benefit from this demand.

Half of all countries globally now have fertility rates below 2.1, meaning too few children are being born to maintain their population size. In the short term, however, changing political environments and increasingly hostile attitudes to foreign migration may have an impact on the acceptability of Indian migrant workers taking up these jobs.

The identity and socio-economic background of Indian emigrants is changing. Southern states like Kerala and Tamil Nadu have been traditional sources of migrant workers to the Middle East and Southeast Asia, departing on ECR passports. However, in recent years, northern Indian and less economically advanced states have overtaken their southern counterparts for the numbers of typically low-skilled male youth leaving for overseas work.

“Migration trends have shifted,” Sharma said. “For example, if you’re from Kerala, it may no longer be so lucrative to go to the Gulf. But for someone sitting in Bihar earning a third of what a Keralite earns, it still makes sense.”

However, while these data show the numbers from each state leaving on ECR passports, they do not indicate how many have switched to non-ECR passports. Kerala may still be seeing large numbers of its population emigrate despite a decline in 2016 and 2017 in the ECR category.

Indeed, Kerala received 19 per cent of all remittances (funds sent by an expatriate to their country of origin) received in India in 2016-17, closely followed by Maharashtra (17 per cent) and Karnataka (15 per cent), according to RBI data.

India received the largest remittances globally in 2017, with close to $70 billion landing in the country’s banks accounts.

(In arrangement with IndiaSpend.org, a data-driven, non-profit, public interest journalism platform, with whom Tish Sanghera is a writer and researcher. The views expressed are those of IndiaSpend. Feedback at respond@indiaspend.org )

Under Trump, a presidency declines, step by remorseless step