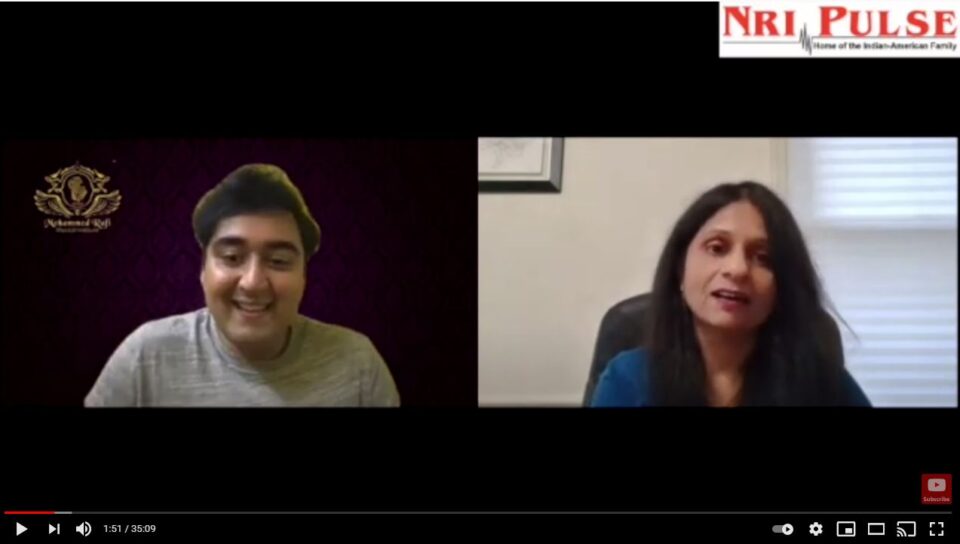 Meaningful lines from gifted lyricist Qamar Jalalabadi sums up legendary singer Mohammed Rafi (sa’ab’s) timeless contribution to the world of music. Fine nuances of Rafi’s repertoire have dominated many conversations across time and space. Forty-one summers since the music maestro bid adieu to this world and yet, the love and adulation for his songs remain intact and alive just as they did when he was. With Padma Shri, a National Award and six Filmfare Awards to his credit, Rafi sa’ab was known for a wide range of genres, including classical, patriotic, sad to romantic numbers, ghazals and even bhajans.

Fuzail Rafi, son of Shahid Rafi, the youngest son of Mohammed Rafi, in his candid interview with NRI Pulse talked about his fitting tribute to his ‘dada-abba’, growing up in the family, and much more. Shahid Rafi is Mohammed Rafi’s youngest son, alongside three brothers and three sisters. Shahid Rafi has penned a book on his father, titled ‘Mohammed Rafi Voice of a Nation’.

“Music is soul. It is something that can change your mood. Music is soul refreshment for me,” said Fuzail about what music means to him. Growing up, he added, he never realized the immense popularity of his acclaimed grandfather at home or within his family, but when he stepped out, the story was quite different. Add to that, an uncanny resemblance to Rafi sa’ab always garnered him special attention.

Fuzail recalls the time he was taken aback when a fan touched his feet, in respect to his grandfather. His mother had later explained to him that gestures such as these were admiration and regard Rafi sa’ab had earned not just a singer, but also a humanitarian. He would often agree to sing for the producers who could not afford him. It was Rafi sa’ab who imported and donated the first dialysis machine to Bombay Hospital at Marine Lines. His acts of charity, altruism, and benevolence, that he consciously and deliberately kept hidden were evident by his simple living practices, his interactions and genuine concern for the people he knew or didn’t. Fuzail summed it with an apt saying within the family – that his ‘dada-abba’ practiced the maxim of donating with right hand in such a manner that even his left hand would not know about.

Rafi sa’ab’s mellifluous renditions have in fact made a mark even in Hollywood, with filmmaker Michel Gondry using Mera Mann Tera Pyasa from Guide in his film Eternal Sunshine of the Spotless Mind, which to-date, is regarded as one of the greatest romantic classics of all-time.

So, how does a family member pay homage to a musical icon par excellence? Fuzail Rafi unraveled a befitting tribute, an online musical institute, Mohammed Rafi Musical Institute (MRMI), named after, of course, his ‘dada-abba’. In the making since the 2020 lockdown, when Fuzail came up with the idea, the institute was officially inaugurated on February 27, 2021. Fuzail, who could not visit his father in India, had surprised him with plans for this initiative.

A popular singer himself, Shahid Rafi had also launched a music school in the name of his father, on July 31, 2010, which marked the 30th death anniversary of Rafi sa’ab. Located in Mumbai, the Mohammed Rafi Academy is popular for schooling Indian classical and contemporary music. In his father’s footsteps, Fuzail has adopted an updated and more universal approach to his musical institute, with aspiring musicians worldwide being able to access music lessons online. As Fuzail noted, “It will help people across the globe connect with Rafi Sahab, learn various forms of music from renowned persons of the music industry and promote Indian music and culture around the globe. I wish to carry forward the legacy and name of my grandfather and father.”

MRMI offers a wide range of learning options for music lovers with courses on Voice Culture, Bollywood, Classical at different levels, Grooming and Performance, Diction and Lyrics, Keyboard, Tabla and Guitar Instrumental at various levels. A unique course titled 3 songs with Emotions coaches the student to perform Rafi sa’ab’s songs live, in exact accord with the way, mannerisms, and the signature smile of the maestro.

“Students receive certificates at each course level completion,” said Fuzail, adding that upon successful completion of the 18-month course, they will be certified as professional singers.

Apart from vocals and instrument training, Fuzail visualizes for MRMI to provide classes on sound engineering, music composition, and filmmaking and eventually a destination for all the learning for the entertainment industry.

“We also have fun Antaksharis which is open to anyone,” said Fuzail. Check out the details at https://mohammedrafiinstitute.com/home/