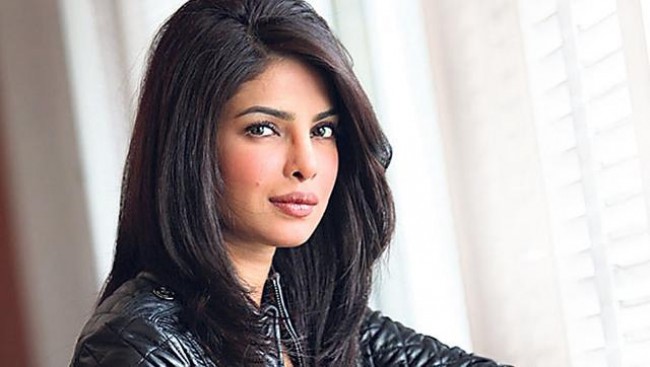 New Delhi, March 16 (IANS) Hollywood has opened its doors to many Indian stars who are bagging noticeable roles in various projects. A case in point is Deepika Padukone. Priyanka Chopra, one of the most popular exports to Hollywood from India, says gone are the days when actors used to feel insecure with others’ success.

“That is such an age-old stereotype and definitely not in my DNA,” Priyanka told IANS when asked if actors today have become more open when it comes to appreciating the work of their colleagues, unlike the common perception that they have cat fights due to jealousy.

“I’m very secure in who I am and the work I do. These are my friends and colleagues, and I like to share in their achievements and happiness. Good work should be applauded. I believe that there is enough work out there for everyone. We don’t live in the dark ages any more,” she added.

Priyanka’s journey in showbiz started at the age of 17 when she was crowned Miss World. It was followed by her Bollywood debut in 2003 with “The Hero: Love Story of a Spy”.

She later bagged the role of FBI agent Alex Parrish in “Quantico” for which she won the People’s Choice Award — the first South Asian actress to do so. The “Quantico” fame also got her a role in “Baywatch”, a movie alongside Hollywood A-listers Dwayne Johnson and Zac Efron.

The year 2016 also saw her becoming the presenter at Oscar Awards and Emmy Awards, followed by an invitation to the annual White House Correspondents Dinner.

She was conferred India’s fourth-highest civilian honour, the Padma Shri, and even featured in Time Magazine’s 100 Most Influential People of the world.

And this has seen her winning her second People’s Choice Awards… and she just can’t wait for more.

“Yes, 2017 has begun well. To win a second People’s Choice Award, this time as a Favourite Dramatic TV Actress, is an awesome feeling. Winning an award from the people, the audience, is a vindication that both ‘Quantico’ and my character connected globally.

“Also, when I see the amazingly talented women I was nominated with, it feels like I must be doing something right. As for the rest of the year, I’m looking forward to it.”

The second season of “Quantico” and the shoot are on in full swing.

“‘Baywatch’ releases on May 26 and we will be promoting the film across the globe. As a producer with my production house Purple Pebble Pictures, I have a lot of exciting projects lined up across genres and languages. Many announcements are on the anvil on that front,” said the actress in an email interview.

It’s not just films, she is busy with brand endorsements too. Priyanka was announced the newest global brand ambassador of hair care brand Pantene, for which she launched a new product that promises to make hair thicker and stronger in 14 days.

Priyanka says she prefers to be careful about choosing the brands she endorses.

“I have to believe in a brand to endorse it. I look at products that I endorse as a consumer… Is it something I would use, do I like what it offers? If my name and brand are being used to advertise a product, then it’s something I believe in,” she said.

With so many things happening in her life and with so much success, is there something that this global star wants to achieve now?

“I just want to be the best version of myself as an entertainer and as an individual. I want to try new things, explore all aspects of my creative self and basically have an adventure every day. I have always believed that it’s never about the destination… The journey matters more,” she said.