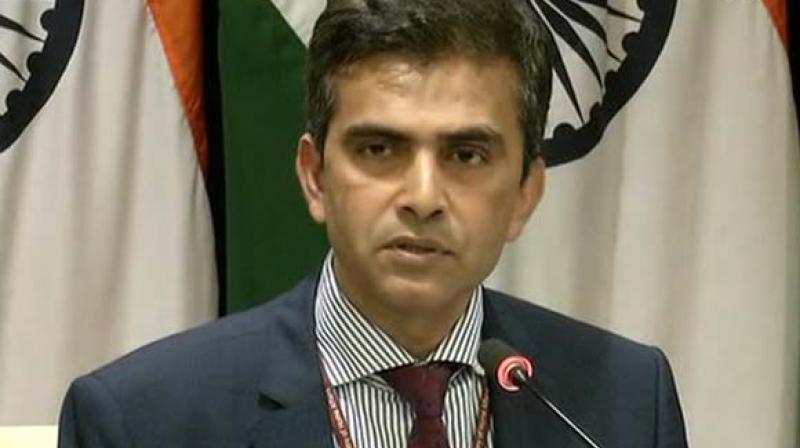 United Nations, May 1 (IANS) In a huge diplomatic victory for India and a blow to Pakistan, the UN Security Council on Wednesday declared Jaish-e-Mohammad (JeM) chief Masood Azhar as a global terrorist, a move that was being blocked by China for nearly 10 years.

Soon after the sanctions committee that deals with Al Qaida and its affiliates voted on Pakistan-based Azhar’s designation placing him under stringent sanctions that includes a freeze on his assets and travel restrictions, Pakistan announced it would comply with the mandate.

The decision of the UNSC’s 1267 Sanctions Committee came about two and a half months after the JeM carried out the ghastly terror attack in Kashmir’s Pulwama killing 40 CRPF personnel, an incident which, however, did not find a mention in the resolution adopted.

India welcomed the decision – which comes while the country is in the middle of the general election – saying it was a “step in the right direction to demonstrate the international community’s resolve to fight against terrorism and its enablers”.

External Affairs Ministry spokesperson Raveesh Kumar said that the action is “in accordance with India’s position and in line with the information that India has shared with the members of the Sanctions Committee regarding terrorist activities” of Azhar and the JeM.

China had been blocking Azhar’s listing despite a strong push by the US, UK and France, saying it did not have enough evidence to brand Masood an international terrorist. It had put a “technical hold” on the proposal four times, the latest being in March.

After the resolution was adopted, China said it ended its objection after India shared fresh evidence.

“After careful study of the revised materials and taking into consideration the opinions of relevant parties concerned, Chine does not have an objection to the listing proposal,” the Chinese Foreign Ministry said in a statement.

In a sop to Pakistan, spokesman Geng Shuang added that the international community should recognise that “Pakistan has made enormous contributions to fighting terrorism”.

An Indian government official on condition of anonymity, said: “It (defending Azhar) was increasingly becoming untenable for the Chinese.”

In Islamabad, Foreign Ministry Spokesperson Mohammad Faisal said that his country “will immediately enforce the sanctions”, which entails “a ban on foreign travel, asset freeze and arms embargo”, according to Dawn newspaper online.

According to it, Faisal said that a consensus was reached – meaning in effect that China agreed to the proposal – after “political references” and mention of the Pulwama attack were removed from it.

This could not be independently verified as the negotiations took place secretly.

The Committee said Azhar was sanctioned pursuant to him being “associated with Al-Qaida”.

It noted that Azhar had founded the JeM upon his release from prison in India in 1999 in exchange for 155 hostages held on an Indian Airlines flight that had been hijacked to Afghanistan.

Azhar has also financially supported the JeM since its founding, the committee said while giving reasoning for the action.

Azhar is also “a former leader of the terrorist group Harakat ul-Mujahidin /HuM, aka Harakat ul-Ansar; most of these groups’ members subsequently joined JEM under Azhar’s leadership”, it said.

“In 2008, JeM recruitment posters contained a call from Azhar for volunteers to join the fight in Afghanistan against Western forces,” the statement said.

India’s Permanent Representative to the UN Syed Akbaruddin said the development was a “significant outcome” for India “because we have been at it for several years”, noting that the first attempt in this regard was made in 2009 and the “goal stands achieved”.

Akbaruddin expressed gratitude to “the many many countries which were supportive of this effort, that is, the USA, UK and France” and “several countries within the (UN Security) Council and outside the Council who came forward without any restraints and supported this Indian effort and not tolerating a terrorist”.

An Indian official, on condition of anonymity, explained that “to say that Beijing blacklisted Azhar under US pressure was not the only factor. But the Americans going about the 1267 Committee and circulating their own draft at the UN Security Council would have surely concerned the Chinese”.

“At the Security Council, the Chinese would have had to explain its position if they vetoed the resolution which is not the case at the 1267 Committee.”

China had indicated on Tuesday that it would no more block the resolution, which was initially moved by India, as the Foreign Ministry spokesperson Geng said the “relevant consultations” at the Sanctions Committee had made “some progress” and the issue would be “properly resolved”.

JeM has carried out umpteen terror attacks in India, including the one on Parliament on December 13, 2001.

The latest outrageous action by the outfit was in Pulwama on February 14, when a suicide bomber of JeM rammed his explosive-laden vehicle into a CRPF convoy on Srinagar-Jammu National Highway, killing 40 security personnel.

France, which had been vigorously pushing for listing of Azhar, immediately welcomed the decision of the 1267 Sanctions Committee, saying it signals the “successful realization” of its efforts.

A statement issued by the spokesperson of the French Ministry of Europe and Foreign Affairs said for many years now, French diplomacy has been “relentlessly pleading” for sanctioning Azhar, “head of the terrorist group responsible, notably, for the Pulwama attack last February”.

Delta to resume nonstop flights to Mumbai, but from NYC instead of Atlanta