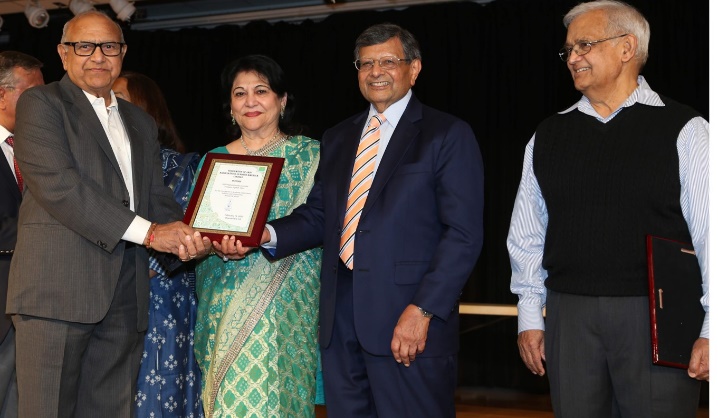 Dr. Sheth gave a riveting talk based on his book Chindia Rising, wherein he expounded on a changing world order, with India and China emerging as the new global powers. He attributed a variety of reasons to this transition, some of the most important out of all were: 1) aging population of the previous global powers, 2) the collapse of communism, 3) the rise of social media and 4) the advent of Modi-Trump-Xi and their unique leadership styles.

“The largest nation in the world today is no longer China with over 1.4 billion people, or India with 1.3 billion people. It’s called Facebook with over 2.3 billion users.” With such ingenious and thought-provoking observations, Dr. Sheth simplified the most complex geopolitical events for his audiences.

Finally, Dr. Sheth remarked on the optimism he sees for India, whether in terms of the growing soft power, or the increasingly influential Indian diaspora. He asserted that the entrepreneurial nature of Indians can be easily confirmed with the rising Indian origin CEOs of western MNCs.

Dr. Sheth concluded his talk with a list of recommendations for India Inc. to adopt in order to gain its rightful place in the world.

Consul General of India will be honorary Braves captain