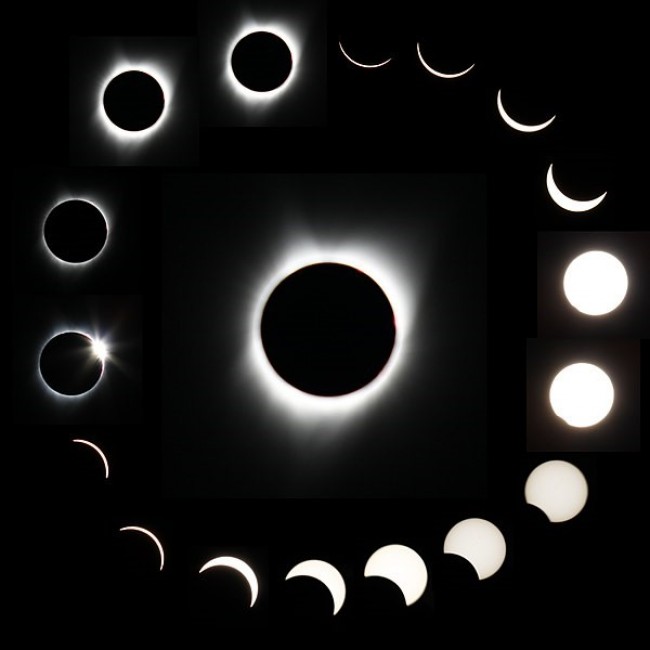 Millions of Americans recently saw the great American solar eclipse on August 21, 2017. The last one was 30 years ago, that too; it was seen only from Hawaii. People traveled across to various cities where the eclipse was visible in totality. The solar eclipse, for its rarity and uniqueness has fascinated and terrified people through the ages. The solar eclipse is a physical phenomenon and is easily understood now.  The sun is the center of the solar system where the earth and other planets reside. The earth revolves around the sun and the moon revolves around the Earth. The solar eclipse happens when the moon comes in between the sun and the earth and blocks the sun momentarily from certain parts of the earth.

Humans are curios by nature and try to explain what they experience. Sun has always been crucial to survival in ancient times without electricity and artificial energy sources. The significance of the sun for humanity was recognized early on, and the sun (Ra) was the supreme God in Egyptian, Greek and other pagan traditions. Science has shown that all life forms depend on the sun for their energy and food. The earliest Hindu scripture Rigveda acknowledges the life giving capacity of the sun in the Gayantri mantra which states –

“Let us adore the supremacy of that divine sun, the god-head who illuminates all, who recreates all, from whom all proceed, to whom all must return, whom we invoke to direct our understandings aright in our progress toward his holy seat.”

Before the advent of telescopes, satellites, space travel, people had no way to confirm what causes the eclipse. So ancients conjured up supernatural tales to explain the eclipse. Without lack of any means to prove the assertions, the tales with time became more bizarre, and part of the religious beliefs. The most common explanation of the eclipse was that of demon engulfing the sun. The ancient Chinese thought of an evil dragon living in the sky eating the sun, and they would create a big, noisy commotion during an eclipse to scare the dragon demon away. Other sun-eating demons were thought to be a giant serpent (Mayans), giant bird (Hungarians), giant bear (Buryats in Siberia), and fire dogs (Koreans). The most brilliant tale is from ancient Hindu mythology. Fiza Pirani describes it in the Atlanta Journal Constitution as, “Seeking immortality, the Hindu demon Rahu, stole a magic potion disguised as a god. As described in ancient Indian mythology, both the sun and moon watch the crime unfold and warn the god Vishnu. Eventually, as the tale goes, Vishnu decapitated Rahu so that his head would live forever, but his body would wither away and die. To get even, a scorned Rahu chases the moon and sun and every now and then he catches them and swallows them…. But without a throat, the sun and the moon fall right through his head.” Thus the Sun is rescued by the grace of Hindu God Vishnu, and humanity is saved.

Many Hindu customs also believe that solar eclipses are dangerous to pregnant women and their unborn children. Pregnant women are warned from eating and going outside during the time of eclipse. Another commonly held belief is that food is unsafe during eclipse. Many Indians stay away from food during that time and eat only freshly prepared food after the eclipse is over. One common explanation given is that during the time of eclipse, the temperature drops and the number of germs in the air increases. This makes the food contaminated during eclipse. However, even if the argument is true, then all food consumed at night will also have the same effect as the sun is totally absent at night like a total ellipse. Needless to say, all this beliefs are debunked by science. As far as health risks during an eclipse are concerned, NASA website says “There is no evidence that eclipses have any physical effect on humans. However, eclipses have always been capable of producing profound psychological effects. For millennia, solar eclipses have been interpreted as portents of doom by virtually every known civilization. These have stimulated responses that run the gamut from human sacrifices to feelings of awe and bewilderment. Although there are no direct physical effects involving known forces, the consequences of the induced human psychological states have indeed led to physical effects.”

The psychological effects of eclipse are the creation of the human mind. As John Milton wrote in Paradise Lost, “The mind is its own place, and in itself can make a heaven of hell, a hell of heaven…” If you believe that the eclipse is a bad sign for you and going to bring in misery, then the mind will itself create the misery and blame it on the eclipse. The superstation thus becomes a self-fulfilling prophesy. This psychological distress can be removed through education and understanding. Science has done its part and made its case. Unfortunately, some Indian religious organizations following the old beliefs continue to spread superstition in the name of spirituality. My friend who is 6 months pregnant was advised by a spiritual guru to avoid the eclipse. She was asked to stay in a dark room, close all doors and windows, and put dark curtains. Then she was asked to sit in a lotus position, and chant the Maha Mritunjaya Mantra and the Shiv Mantra to ward off all the evil spirits associated with the eclipse for the safety of her and her baby. She works in the IT sector and had to go to work that day. Since the eclipse happened around 2:45PM in Atlanta, she could not go to a quiet and dark room, and was not able to chant the mantra as she was doing a client call over phone. She became anxious, depressed, and fearful for her unborn baby. She will now blame this psychological distress to the ill effects of the eclipse, where as in truth it was created by the Guru’s advice. A true teacher will take you towards the truth, enlightenment and peace as said in the Brhadranyaka Upanishads:

However, there remains one health hazard during eclipse. This happens when one looks at the sun directly with naked eyes. This can cause retinal damage, and vision problems ranging from temporary to permanent loss. However, special eclipse glasses are sold online and in many stores which will enable to see the eclipse safely. One can also make them at home, though not advisable. In summary, solar eclipse is a natural phenomenon which is explained through the laws of physics. Eclipse was thought to be a super natural or godly phenomenon by previous generations when human lacked the scientific knowledge. Solar eclipse is safe and poses no health hazards to human, except possible eye damage if looked directly. Knowing this truth will provide peace of mind for all future solar and lunar eclipses and protect against all myths and superstitions. 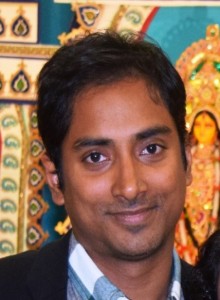 Dr. Panchajanya Paul, MD, ABIHM, ABPN, FAPA – is an American Board certified – Child, Adolescent, and Adult psychiatrist. He is a diplomat of the American Board of Integrative and Holistic Medicine. He is a Fellow of the American Psychiatric Association. He holds adjunct faculty position at Emory University School of Medicine; University of Georgia & Georgia Regents University, and University of Central Florida School of Medicine. He is a freelance writer who lives in Atlanta.