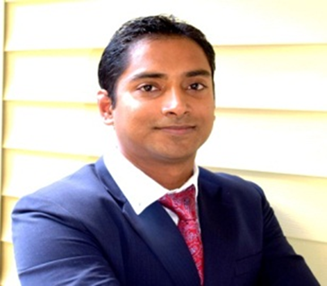 Many first generation Indians living in the US are overweight or obese. Obesity is becoming a pandemic among Indians living abroad. Rates of obesity are also on the rise among the affluent of India. Obesity is a serious health hazard and increases the risk of hypertension, hypercholesterolemia, diabetes, stroke, heart attack, depression, and cancer.

Obesity is one of the leading causes of morbidity and mortality across the world. Among Indians, when compared to our parents and grandparents, weight gain is much more in the present generation. The genes are the same. The only change is in our environment and lifestyle.

When Indians move to the US, they encounter a new environment. There are more opportunities for growth and success. The Indian community, although only 1 percent of the US population, has prospered and succeeded in high paying jobs fields like medicine, engineering , research and business. Their life span has increased as people have access to cleaner air, water, food and better medical care. The abundance of cheap food is however a mixed blessing.

Although, one rarely suffers from nutritional deficiencies, obesity has increased. There are many reasons for that. First of all, our lifestyle has changed. We move and exercise much less and are more sedentary than ever. Secondly, the food we eat, even though it looks and taste the same, has changed tremendously over the years. Although too much focus is put on the fat and the calorie content of the food, they only constitute a partial picture. Here are the four important food ingredients which are of concern.

Sugar: Indians are fond of eating sweets. All joyous occasions are celebrated with sweets. No offering to God is complete without sweets.  Traditional Indian sweets prepared in the traditional way uses milk, fruits and other ingredients.  Albeit, sugar is bad for health and causes weight gain, diabetes, tooth damage and a host of other problems. However, sugar is not the worst. Most sweets in US are made of high fructose corn syrup which is chemically processed and has deleterious health consequences. The corn syrup is kept artificially cheaper in the US through farm subsidies. As a result, all sugary beverages high in calories like coke, cookies, candies, chocolates and cakes are cheaper and readily available. These have empty calories and last longer- both outside and inside the body. They are also cheaper than products made of cane sugar or jaggery. They are everywhere, and form an integral part of the American culture, and sweet tooth Indians find them hard to resist. High fructose corn syrup has been directly linked to metabolic syndrome which is a condition where the blood pressure, blood sugar, blood cholesterol, blood triglycerides, and the waist circumference goes up leading directly to obesity. Hence, make every possible attempt to eliminate sugar and corn syrup from the diet. It is also the quickest way to lose weight. 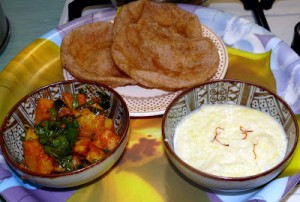 Wheat: Wheat is an integral part of the Indian diet. It is a staple food and also the constituent of the most of Indian snacks. Samosa, chaat, chapatti, naan, puri, paratha are all made of wheat or wheat derived products. Wheat is also present in cereals, noodles, pasta, bagels, muffins, pancakes, waffles, donuts, pretzels, crackers. It’s hard to escape wheat in America. Wheat was first domesticated around 8000 years ago in the Fertile Crescent, and had been consumed in India for at least 3000 years. Wheat was successfully harvested, eaten and digested by our forefathers in healthy way. Now one may ask- what’s wrong with the wheat which was good for our grandparents and great grandparents? The wheat we eat now is not the same wheat used by our grandparents. The current strain of the wheat is a product of genetic engineering. The green revolution pioneered by Norman Borlaug, who was also awarded the Nobel peace prize, began the trend of using high yielding grains, and it helped India to become self-sufficient in food. But it came with a high cost. The high yielding wheat- Triticum Aestivum, has now replaced the older sturdy ones, and are now cultivated across the world. This modern wheat, also called the common wheat, constitutes 95 percent of all wheat grown in the world. It has much higher gluten content and as a result we now see a rise of gluten sensitivity and celiac diseases. The modern wheat has less nutrients and more starch. It increases the blood sugar more rapidly. It tends to store in the body more readily and causes obesity. Also the modern wheat made by genetic engineering is too fragile to survive on its own, and requires heavy doses of pesticides and artificial fertilizers. Try to limit the amount of wheat in the diet, or replace them with oats, quinoa, and wild rice.

Milk: Milk is the main source of protein in the Indian vegetarian diet. Milk and its derivatives like curd, raita, yogurt, ghee, paneer, cheese, cream, butter, and butter-milk are present in some form in most Indian meals.  The quality of milk depends on the quality of food given to the cow. In the past, cows would graze on green pastures, and eat on the healthy grass and green leaves full of nutrients. In the US, most cows are grown in the feed lot and are milked all year. They are fed cheap corn laced with pesticides. Cows also get hormonal injections to increase milk supply. These cows bred for milk become sick often and are given regular antibiotics prophylactically. These cows die much earlier. Milk from corn and other grain feed cow has a high content of omega 6 fatty acids. Omega 6 fatty acid tends to be inflammatory and also cause weight gain. On the other hand, organic milk from the grass fed cows has a higher content of omega 3 acids, vitamin D, Vitamin A and other nutrients. Omega 3 acids are anti-inflammatory and good for the brain and heart. Even though expensive, every attempt should be made to get organic grass fed milk, preferably non-homogenized.

Potato: Potatoes are ubiquitous in the Indian diet. They are in virtually in all dishes from curries, soups, and sabjies. It is often forgotten that potato is a relatively new food for the Indian palate. Historically, potatoes were first introduced inIndia by the Portuguese who brought them from the Americas around 500 years ago. Thus, before the 1500 AD, there was no potato in the Indian subcontinent. Potatoes are nutritious food and they were consumed by the Native Americans in abundance. But the way, potatoes are cooked in Indian meal, causes obesity. The skin of potatoes is rich in fiber and nutrients. It is peeled off and discarded in most Indian preparation. Then the potato is boiled in water. The water soluble vitamins like B, C leaves the potato and goes into the boiling water. The water is thrown most of the time. Then the potato is over cooked or deep fried. All this process eliminates most of the nutrients, and also increases the glycemic index of potato. High glycemic index means it will raise the blood sugar rapidly, and this contributes to diabetes and obesity. Since potato is easy to grow, store and cook, it has been historically replacing other nutritious vegetables from the daily menu. Thus limiting potatoes in the diet and replacing them with other vegetables like carrot, beat, squash, and papaya will help lose weight.

Rice: An Indian staple, rice is also genetically altered these days. But unlike wheat, rice has very low gluten content. The order of health choice for rice would be wild rice first, brown rice second and white rice, the least desirable choice. But even white rice is better than wheat, if eaten in moderation.

Among grains, Quinoa is a good choice.

In summary, Indians living in the US are becoming fat like other groups living in the developed world. There are many reasons for that including the major life style changes that happened when one moved to US from India. Even though we maintain the same diet as our forefathers following the same recipes, the ingredients we use in our food has been altered by chemicals and genetic modification. Milk, sugar, potatoes, and wheat which are the major constituents of the Indian diet are contributing to the burgeoning obesity. America is a land of opportunity and abundance. With little care and effort, diet can be modified to reap health benefits. Eat right to lose fat!

Dr. Panchajanya Paul, MD, ABIHM, ABPN, is an American Board certified – Child, Adolescent, and Adult Psychiatrist. He is a diplomate of the American Board of Integrative and Holistic Medicine. He holds adjunct faculty position at Emory University School of Medicine;University ofGeorgia &GeorgiaRegentsUniversity, and University of Central Florida School of Medicine. He is a fellow of the American Psychiatric Association. He is a freelance writer who lives inAtlanta.

Dr. Panchajanya Paul, thank you for the nice article. But, I think the major culprit for obesity in first generation Indian Americans is lack of sufficient physical activity and interest to go to gym and exercise on regular basis. Simply said, they do not burn the calories. The foods that you mentioned only aggravate this personal habit. They also have the habit of eating when they are not hungry, just because the food items on the kitchen table “look delicious”. When it comes to second generation Indian Americans, the food habits shift significantly with less carbs and they are also more physically active
One more comment – obesity in India, as well as throughout the world, is affecting more the less affluent people, who consume processed and unhealthy foods which are cheaper, and have high glycemic index and cooked with bad oils than the healthy foods – just like in the United States. In fact, obesity is no more a disease of the affluent. Furthermore, people of lower socioeconomic status are impacted more by complications of obesity than the affluent ones. The latter can afford medical care and drugs to treat those complications. Thank you