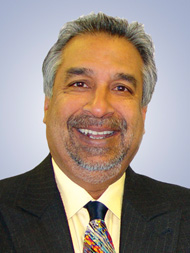 Washington, Feb 20 (IANS) After agreeing to pay $13 million to resolve investors’ claims that directors sold Infogroup on the cheap to bail out founder Vinod Gupta, a former financial backer of Bill Clinton, the company’s new owners have sued Gupta.

Accusing Gupta of copying the look of Infogroup’s websites, the new Infogroup suit also claims that it “recently has uncovered evidence that DB101 has obtained access to InfoGroup-protected computer systems or information stored on such systems on or about June 2013”.

Gupta said the suit was without merit and that he has only hired former Infogroup employees who were let go as part of job cuts at the rival company, according to Omaha World-Herald.

InfoGroup is seeking a jury trial, injunctions against what it calls misconduct, and unspecified damages.

In the previous Feb 5 deal, InfoGroup agreed to pay over $13 million from insurance to settle the class-action lawsuit brought by the New Jersey Carpenters Pension Fund, according to a Delaware Chancery Court filing.

Gupta browbeat InfoGroup’s board into selling the company to CCMP Capital Advisors LLC for $463 million, shortchanging investors, the fund said.

Gupta was described in the suit as favouring a quick sale after spending lavishly on luxury goods and travel and consulting fees for former President Bill Clinton and Hillary Clinton.

Gupta, according to the World-Herald, said that his relationship with the Clintons earned huge dividends for Infogroup and that the company was fortunate to attract the buyout offer it did get.

Gupta said his relationship with the Clintons, including money spent in their direction, was repaid to Infogroup many times over, leading to business with the Democratic National Committee and other organizations.

“Through the Clintons, we got to know new potential customers ‘and big ones’,” Gupta said. “Companies like Google and Yahoo.”

Meanwhile, pursuant to the Delaware court order, lawyers have issued a notice to all holders of Infogroup stock between Aug 20, 2008 and July 1, 2010 of pendency and proposed settlement of class action.

The Delaware court is scheduled to hold a settlement hearing April 30 to determine whether it should grant final approval and certification of the proposed settlement.